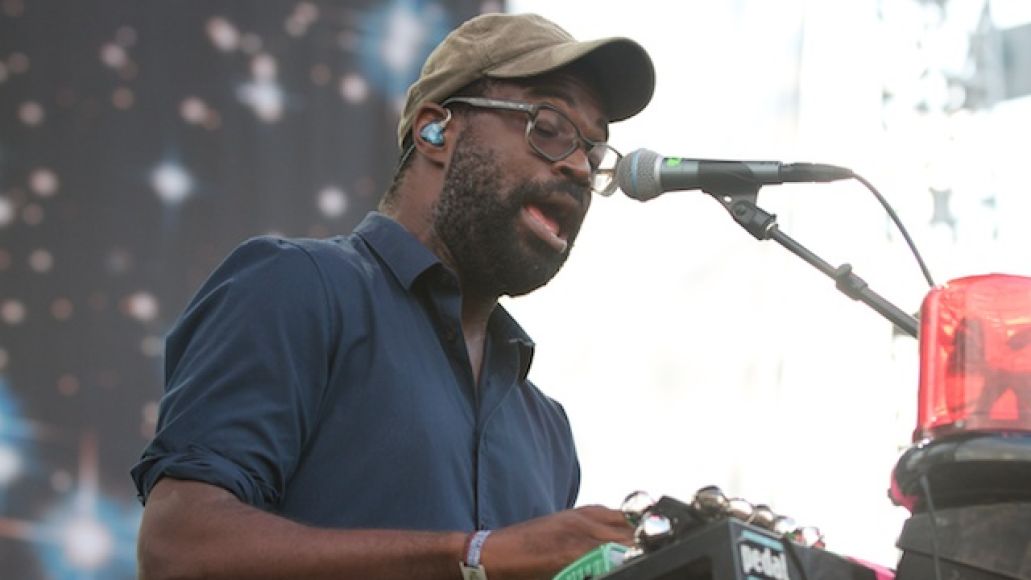 Did you know that in addition to being frontman of TV on the Radio, as well as a member of Higgins Waterproof Black Magic Band, Tunde Adebimpe is also an accomplished actor? He had a supporting role in the 2008 film Rachel Getting Married, and now, according to The Playlist, he’s set to star in a forthcoming film alongside the amazing Kristen Wiig.

Nasty Baby, the latest project from fast-rising indie director Sebastián Silva, stars Wiig as a surrogate mother for two gay men (played by Adebimpe and Silva). The film will also feature Alia Shawkat (Maeby from Arrested Development) and Mark Margolis (Scarfare, Requiem for a Dream). It’ll be filmed in Forth Greene, Brooklyn.

Below, watch Adebimpe in Rachel Getting Married.