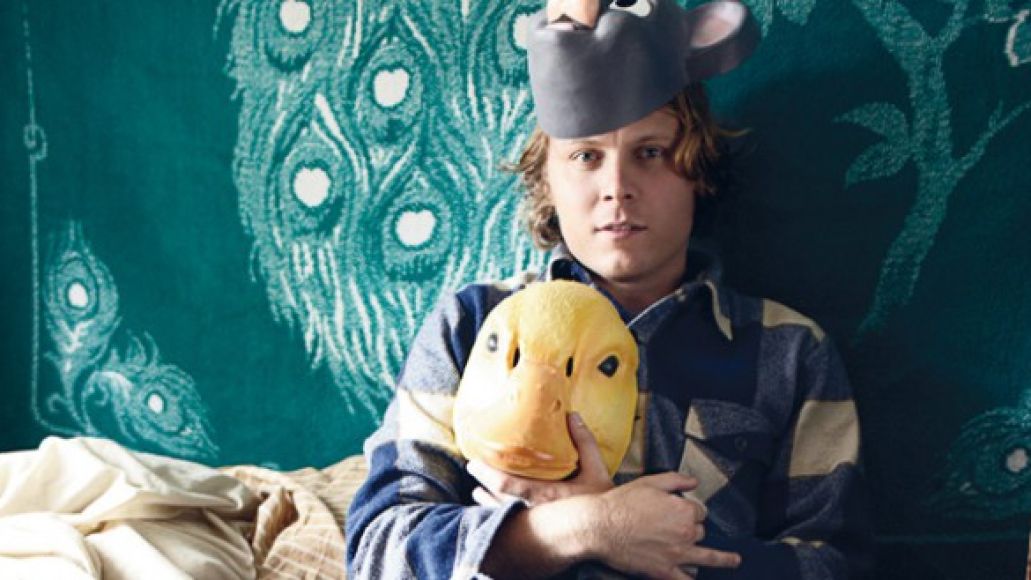 It’s almost comical that Ty Segall would call his latest album Sleeper. In just a few short years, the Bay Area garage rocker has done anything but rest, amassing a sizable discography of LPs, EPs, singles, and splits/collaborations that makes Guided by Voices look like D’Angelo.

But when I catch up with Segall, who sounds as if he’s just woken up from an epic nap, he confesses that the creation and development of the 10-track album was hardly a joke.

“This album has a definite amount of bummer stuff,” Segall says. “I was not in a good spot. I had been through some rough stuff, like my dad passed away, and was going through some relationship issues, too. Plus, I was having all of these awful dreams. Ones about sleep and death, and it’s from there that I’d write stuff from. It’s not really like what I do. It’s more brutal to me.”

Sharing his misery was never the intention. Rather, if there was any pre-planning, it was to make a record at Segall’s own pace. In 2012 alone, he released three full length albums (Ty Segall and White Fence’s Hair, Ty Segall Band’s Slaughterhouse, and Ty Segall’s Twins). Add in the fact that he was touring through much of the year, and he never had much time to contemplate his creations, working at a feverish pace that eventually started to take its toll.

“Well, it wasn’t intentional and definitely not the master plan,” Segall says of his “reduced” schedule. “It just kinda happened, as a reaction. I wanted to slow down from the touring and take more time. All of it was really effecting me, the traveling and just the way stuff works on the road.” 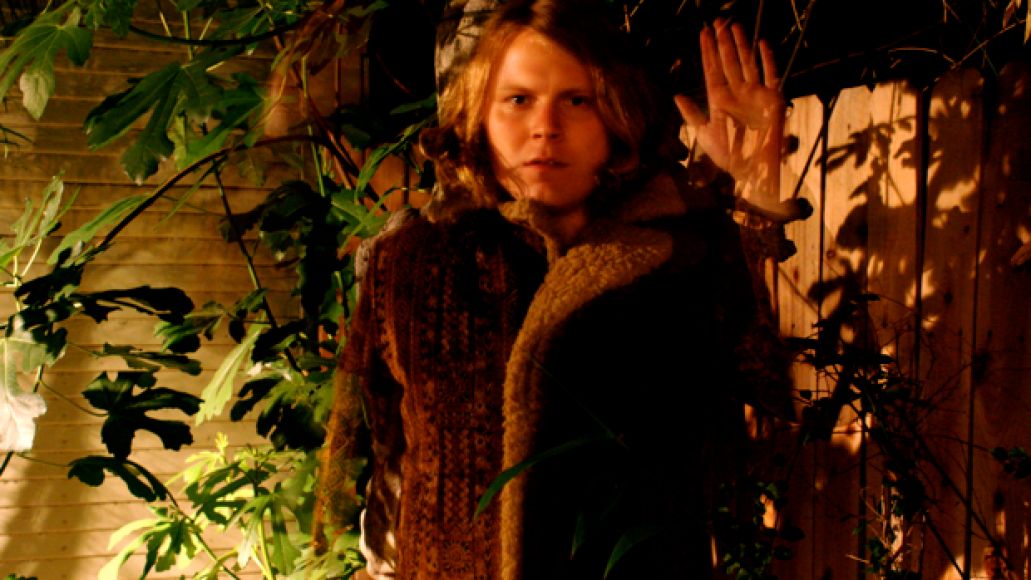 And that’s a central hallmark of the record: reaction. At the most basic level, the album is a response to the niche that’s been carved out for the 26-year-old. Sure, he’s respected in the garage rock community as a fireball of inspiration and talent, but even Segall himself recognizes that all of his efforts have, to a certain extent, painted him into a corner of specific genres and allegiances.

“There’s not a lot of people that can go the major label route and play this kind of music,” Segall says. “Labels don’t make that much money, so they’re not throwing it around. It’s a drag in one way because it’s hard to experiment, so it kinda forces you to streamline. A lot of bands don’t get to spend $15,000 on a record, so they have to do it DIY. And that means they have to do it in basements and garages, which is rad. Ya know, having, like, four days is a big difference from having five days. You may only have that one day, so you have to work harder to get to your point.”

Sleeper is the culmination of Segall seizing that extra time with vigor. Doing away with day jobs and other responsibilities, he found the opportunity to create with friends and respected musicians in an insulated bubble.

“This record seriously isn’t streamlined,” Segall says. “I don’t have a job, so there was none [of that], just me getting obsessed. I’d record with the eight-track in my house, and then I’d go over to a friend’s house and record. My friend Eric Bowes was in San Francisco, and I’d go to his house three to four times a week. It was all very available to me. It felt good, to be able to work hard and really stretch out the whole production.”

All that extra writing and recording time allowed Segall to explore his muse on his schedule, offering some insight into his own creative process.

“Usually, with every album, there’s no direction or intention,” Segall says. “I’ll end up doing a couple of songs and choose the intent by following the path they take. The intention came into it later, with the idea of letting it develop with the record. If you go in with your best songs and have a specific idea of the vibe or the song’s direction, you’re ignoring yourself and your feelings. I couldn’t choose what songs are telling me, that’s not the way it works. If it tells you to write, say, loud songs, then you can’t ignore it.” 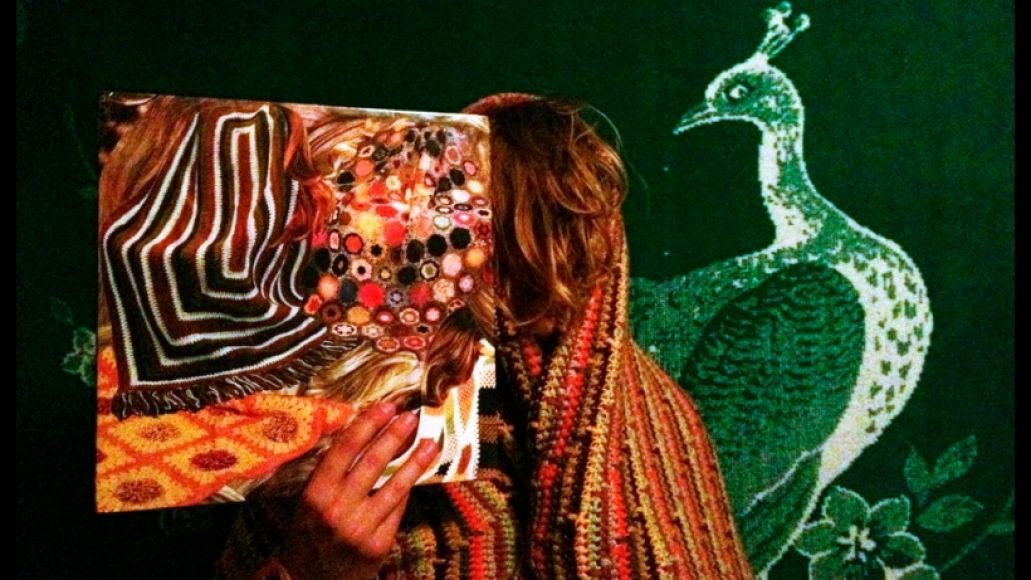 This time around, though, he wasn’t as interested in his trademark fuzz. According to Segall, many of the demos from last year’s Twins started out as avant-leaning folk rock. So, rather than “putting it all together with the fuzz pedal,” Segall went for a bare-bones, often folksy sound not unlike the desert rock of mid-’70s Eagles. “Wow, the Eagles,” Segall sighs when I mention the comparison. “Rad.”

“When I was writing, when all of this stuff happened, I had no intention of using it,” he adds. “I just needed somewhere to put all of these feelings. A lot of it is pretty strange and out there and I just kinda vomit it right up. It was a way of dealing with shit, and, sure, it felt super weird, but there’s something freeing about that releasing. I definitely think [the album] sounds really psychedelic without being psychedelic.”

“Crazy Song” more than fits that description. Backed by little else than the methodical plucking of a worn-out guitar, Segall’s voice is manic and emotionally fried, the offerings of a man at the end of his rope and feeling all sorts of desperate and devious. By the time the end comes around, with an abrupt rise of disjointed and jarring backup vocals, you can’t help but feel he’ll crack at any moment. But amid the perceived insanity, Segall seems to have found some sort of release, reveling in the loss of balance and control.

“‘Crazy’, which is one of my favorites, is one I didn’t even write,” Segall says mysteriously. “It’s just kinda there.”

Still, not every song fell into his lap from the gods of song and dance. “She Don’t Care” is perhaps Segall’s most deliberate work to date: every sound, from the metallic tinge of the guitar to the whirl of seemingly random effects, is caked in uneasy tension. But all of that nervous energy is a treat compared to Segall’s vocal performance, laying out agonizing moment by agonizing moment of the demise of a relationship with a devilish woman who might’ve never had love in her heart. Poignant, heartbreaking, and spellbinding, it’s a true highlight in Segall’s maturation as both a songwriter and a human. 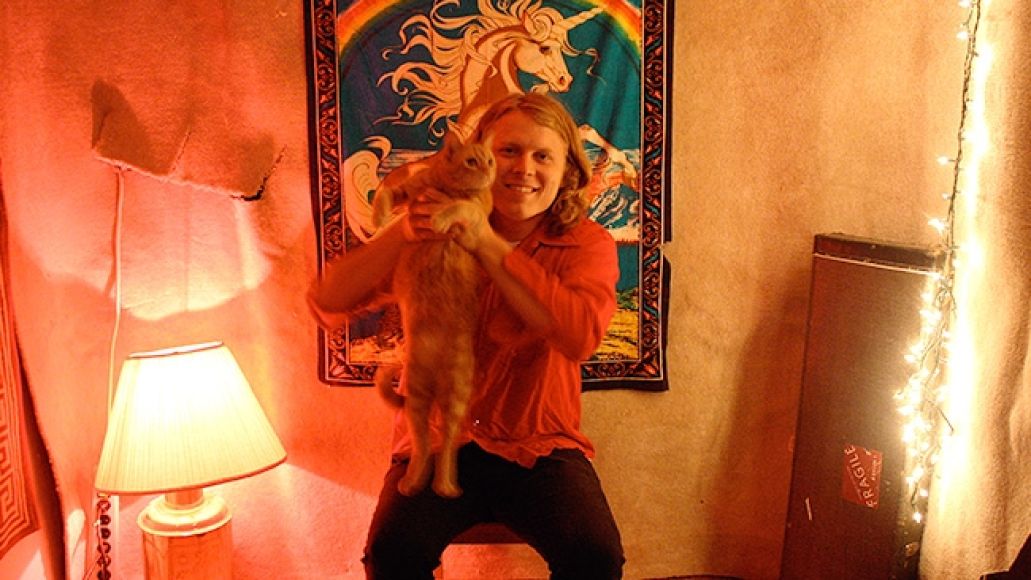 “‘She Don’t Care’ is one of the more intense songs,” Segall says.” It’s about someone, but it’s more about being brutal. I don’t care if the specific person hears it and feels bad about it. It’s more abut me getting it out of my system. Not to sound spiteful, though.”

And he’s really that sincere. It’s not negativity that Segall has embraced; it’s only his feelings and the validity of those sentiments. He’s let go of a lot and learned to embrace things as they come. Sure, his laid-back surfer-dude vibe has always been legitimate, but talking to Segall now, he seems a man free of hang-ups and intentions beyond his own sense of happiness.

“Once a song is on a record, it doesn’t belong to you anymore,” Segall says. “It’ll have so much meaning in so many different ways. You kinda have to choose to give it up. But that’s what I really love about songs, and it’s why I don’t trip out anymore. There’s new meanings for everyone.”

He alludes to a random encounter with a musical legend that should very well make the liner notes. It’s a rare and random moment that encapsulates the man behind Sleeper, one who has pushed himself for years but is only now finally understanding there’s just as much to gain with a little patience and a healthy dose of perspective.

“I saw Country Joe at a guitar store once,” Segall recalls. “He was selling, like, five Martins from the ’50s and a bunch of old guitars from the ’60s. He even sold the one from Woodstock. And he was just standing there, looking really mellow. I said I’d never sell those guitars. But he was like, ‘Aww, whatever, man. I don’t need these anymore. You gotta stay free, clear your plate.'”

Ty Segall: Anything But A Light Sleeper