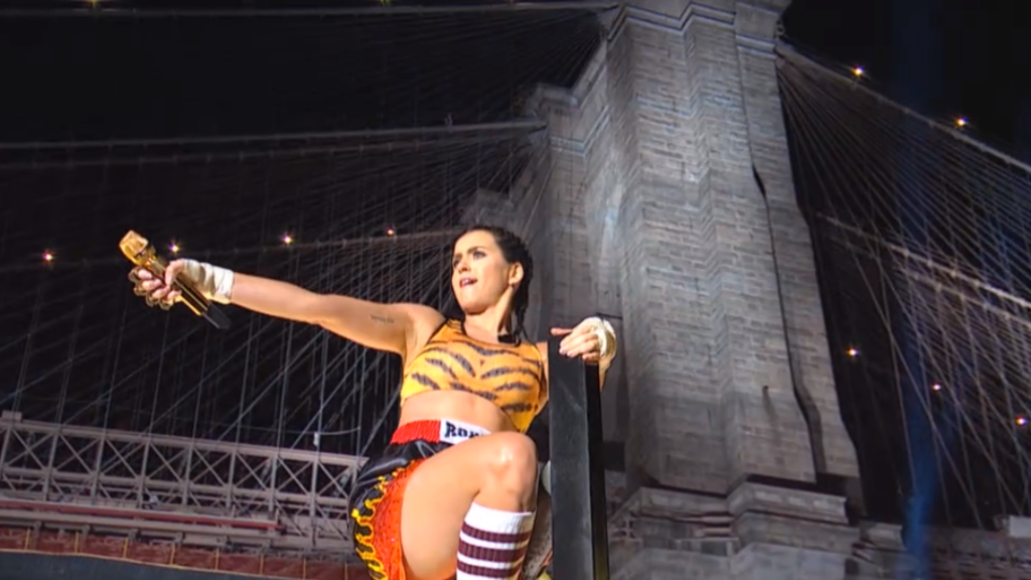 Katy Perry returned to the stage at the 2013 MTV Video Music Awards in Brooklyn last night. She performed “Roar”, the lead single off her forthcoming studio album Prism, inside a boxing ring situated underneath the Brooklyn bridge.

As previously reported, Perry also revealed which songs fans have chosen as the follow-up to “Roar”. On September 17th, “Dark Horses” will be available through most digital retailers. Prism itself arrives officially October 22nd via Capitol Records.

For additional videos from the 2013 VMAS, including performances by Kanye West, Lady Gaga, Drake, and Justin Timberlake with ‘NSync, click here.