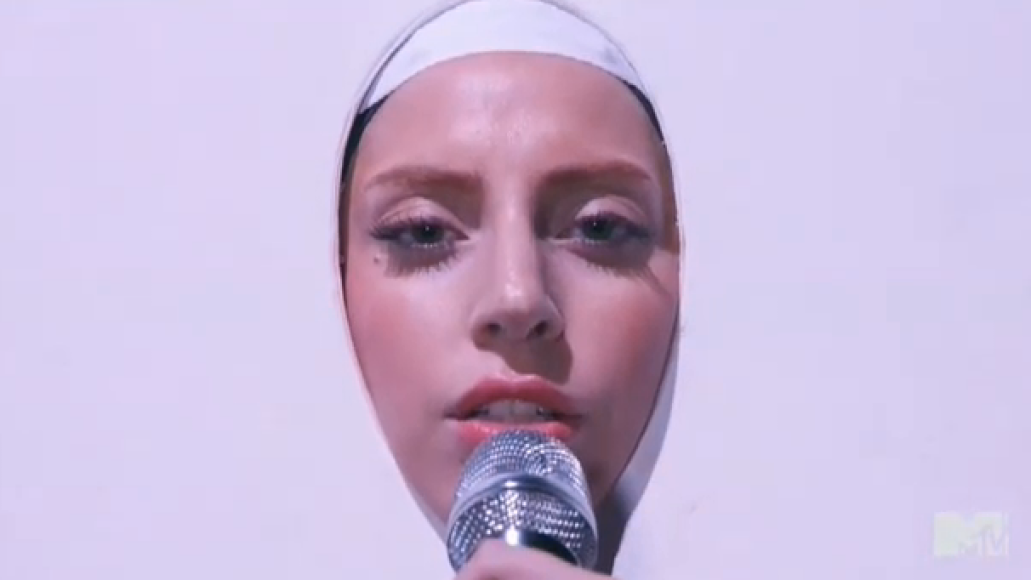 Lady Gaga kicked off the 2013 MTV Video Music Awards in Brooklyn last night, performing her new single “Applause” live for the very first time. Gaga changed costumes on the fly, got splattered in face paint, and executed some wicked dance moves, all while delivering a pretty impressive vocal performance.

Gaga’s new album, ARTPOP, will arrive November 11th through Streamline/Interscope Records. As previously reported, the album will be paired with an interactive app, which Gaga describes as “a musical and visual engineering system that combines music, art, fashion and technology” and a way to share in “the adrenaline of fame.”

For additional videos from the 2013 VMAS, including performances by Kanye West, Katy Perry, Drake, and Justin Timberlake with ‘NSync, click here.