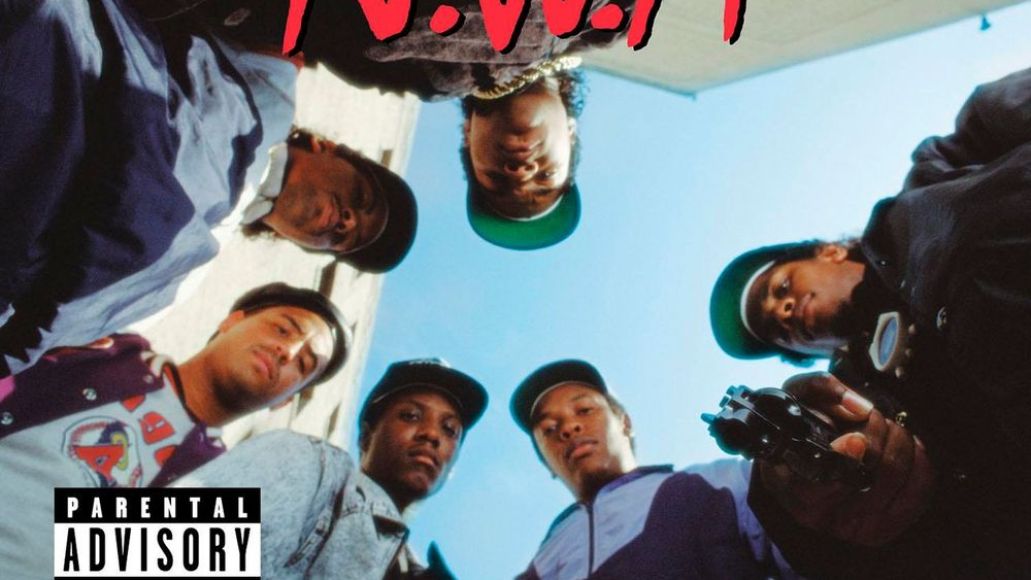 “You are now about to witness the strength of street knowledge” – Andre “Dr. Dre” Young, introduction of Straight Outta Compton’s title track

Niggaz Wit Attitudes is now eligible for induction to the Rock & Roll Hall of Fame. I’ll let that one sink in.

N.W.A.’s debut album, Straight Outta Compton, was released August 8th, 1988, launching the careers of Ice Cube, Dr. Dre, Eazy-E, and MC Ren, eventually going double platinum, pioneering the “gangsta rap” subgenre, and forever changing the landscape of hip-hop. It was a cultural phenomenon, the type of album you knew about even if you hated rap music – hell, my 60-year-old father-in-law (admittedly hipper than most) owned a copy of it back in the day and still digs the title track. This makes it all the more embarrassing that I never got around to listening to Straight Outta Compton from start to finish until now – 25 years and two days after it was first released.

One of the great, but surreal, pleasures as a hip-hop fan over the last few years has been witnessing the canonization of the genre’s seminal releases, the reaffirmation of its cultural permanence, and the stylistic schism between the old guard and young guns, mirroring the same identity-searching that its older brother rock & roll went through. Hearing Straight Outta Compton for the first time with fresh ears and perspective, the most immediately glaring element is how tame it seems compared to not only its own reputation, but also the even more graphic lyrical content that has followed in its wake.

This isn’t meant to take anything away from the stark, gripping imagery of their rhymes – primarily written by Ice Cube and MC Ren – nor the bombastic production by Dr. Dre. You don’t need a time machine to see just why this music scared the bejesus out of (mostly white) people in the late ’80s and early ’90s, but just as younger generations couldn’t comprehend why the public would be offended by the sexual content of the Rolling Stones’ “Let’s Spend the Night Together” or Elvis Presley’s gyrations, it seems silly in 2013 that N.W.A. actually garnered F.B.I. attention, especially since Ice Cube now appears in commercials and family comedies, and recently played a police captain in 21 Jump Street.

Stripping away the sociocultural context, what remains is an almost perfect old-school hip-hop album: hard rhymes, killer beats, and scratching by DJ Yella. The most surprising part of my first listen to Straight Outta Compton was how Dr. Dre’s production stuck so closely to the tropes of the time – three songs sample “Funky Drummer” by James Brown (the title track, “Fuck the Police”, and “Quiet on the Set”), “Compton’s in the House” features a sparse beat that could’ve been used by golden-era pioneers like Marley Marl, Spoonie G, or Big Daddy Kane, and the influence of predecessors (and fellow rabble rousers) Public Enemy’s production team the Bomb Squad pervades throughout the album’s runtime. What made Straight Outta Compton so different was the laidback, West Coast twist Dre put on the classic hip-hop style, demonstrating hints of the G-Funk sound that would become his staple on his solo debut The Chronic and his years as a producer with Death Row Records.

The biggest takeaway from Straight Outta Compton is the tragedy that N.W.A. fractured so quickly. Ice Cube – the MVP of the debut album – left before the group recorded its follow-up EP, 100 Miles and Runnin’, and the remaining members released one more album, Niggaz4Life, in 1991 before completely dissolving. Three skilled MCs, a bad-ass DJ, and one of the greatest hip-hop producers of all-time could’ve and should’ve put out multiple classics. But Straight Outta Compton is left to stand alone as their lightning in a bottle, a stunning portrait of a developing genre and the harsh realities of the artists’ environment. Witness the strength of street knowledge, on repeat.