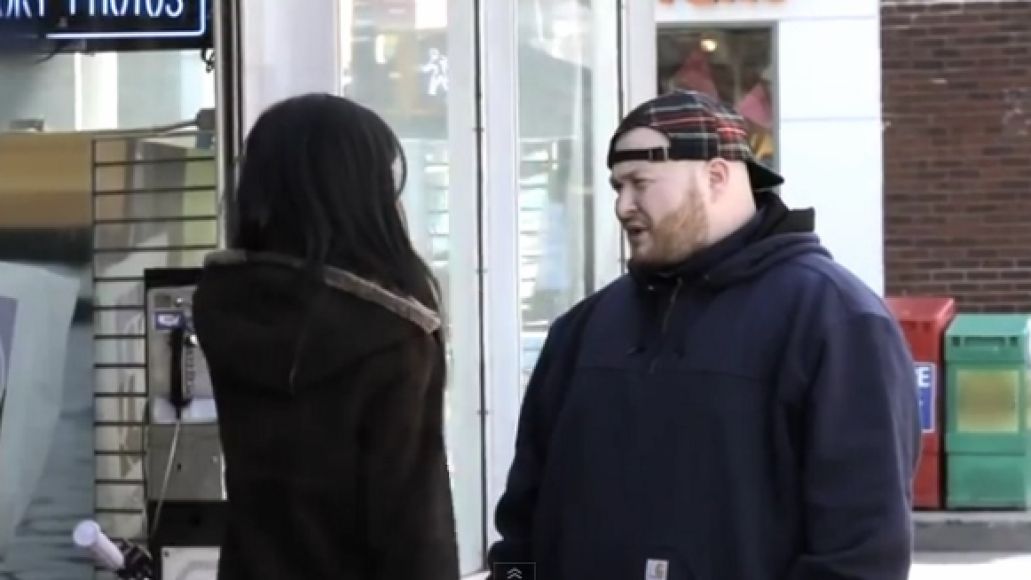 Two things came to mind when my boss sent me this clip: VH1’s Before They Were Rock Stars and ABC News’ What Would You Do?. Before Action Bronson was playing massive venues like St. Hilda’s Retirement Home, he was featured in a U by Kotex tampon commercial. So what does he do when confronted by a pretty young lass asking him to go buy her some tampons? It’s a brief moment right around the 0:12 mark, but the expression on Bam Bam’s baby-bearded face is priceless (via Reddit).