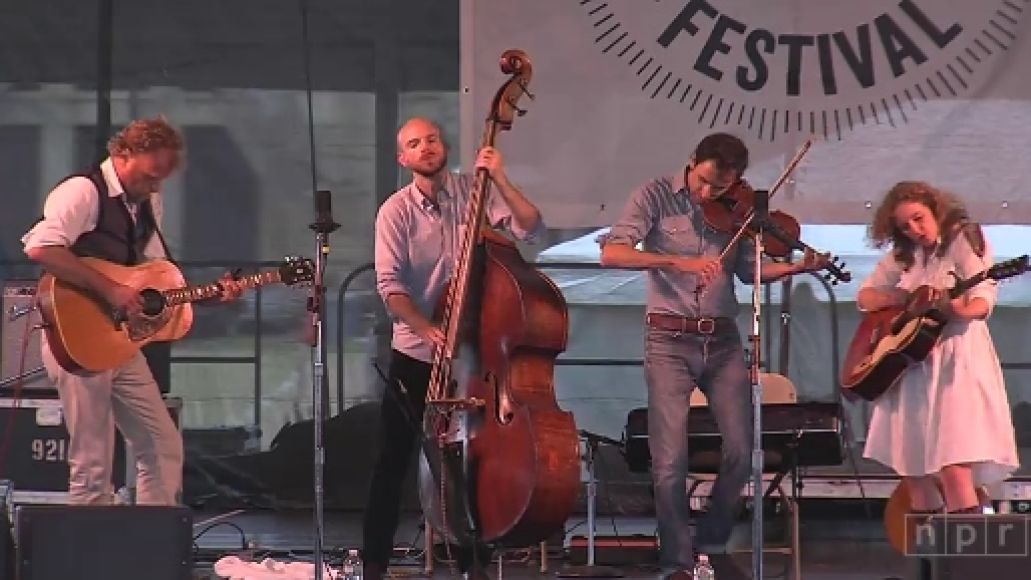 There were many great moments at this year’s Newport Folk Festival, and frankly the only reason Andrew Bird’s stripped-down set didn’t make our review is because my computer died and I had no way to upload the pictures of his set. Thankfully, NPR was down on the Fort with their HD camera crew and captured Bird, accompanied by his band and Tift Merritt, premiering a new song entitled “Begging Questions”.

Bird claims the song was written just two weeks prior to the performance, and only came together three days before. It’s a swooning love song written from the perspective of a romantic skeptic who just can’t help but “writing love songs with a common refrain” since meeting his lady. Check out the new song in the video below, which also features an alternative take on “Dark Matter / Sweetbreads” (via TwentyFourBit). Keep your ears open for the beautiful tune, but keep your eyes on Bird’s priceless facial expressions as he croons.