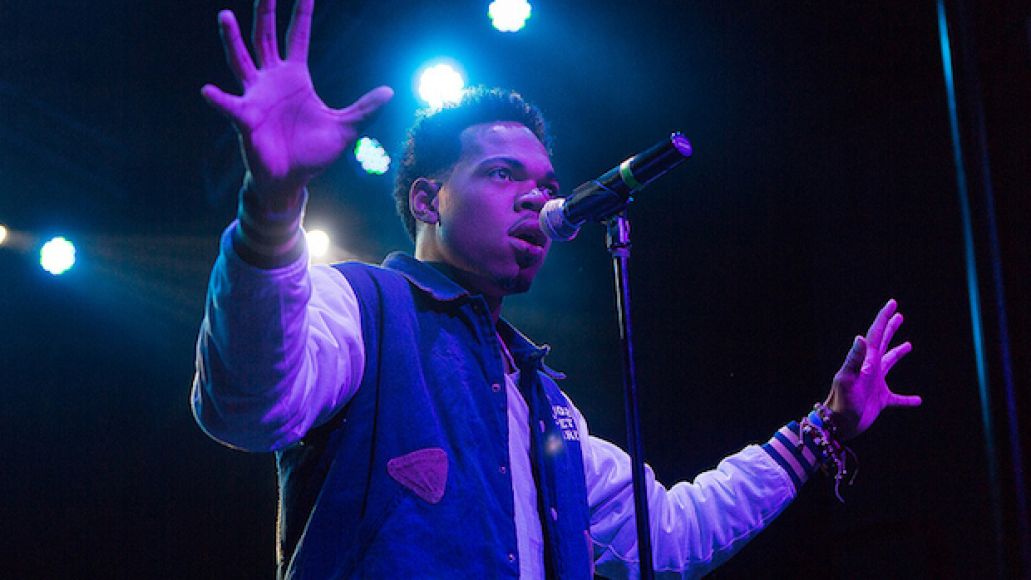 We already knew Chance The Rapper’s been spitting fire since his teenage years, but as it turns out, he can also handle other people’s songs, too. During his set at Rock en Seine this past weekend, Chance tackled Kanye West‘s College Dropout single “All Falls Down”, adding his own spin with some unique pronunciation while delivering surprisingly crisp harmonies. It was a fitting little ode to the Chi-Town rap kingpin, but just different enough to make it uniquely Chance. And with the way Kanye’s been all lovey-dovey as of late, we’re sure he’d be touched. Watch the replay below.

In related news, check out Cameron Wolf’s new Aux.Out. essay on Chance, Chief Keef, and the state of Chicago Youth.

Watch Chance the Rapper cover Kanye West's "All Falls Down"