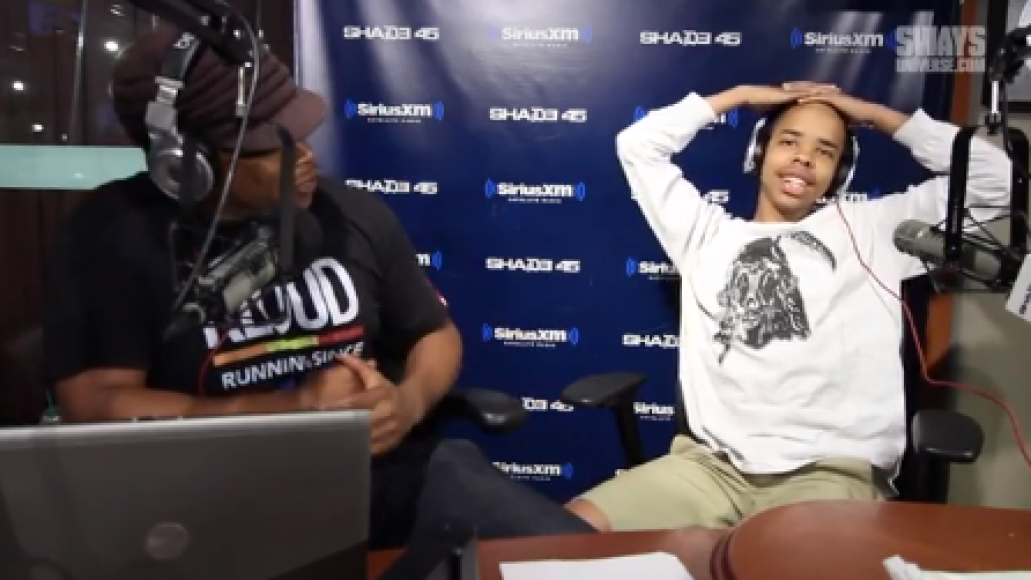 Earl Sweatshirt appeared on Sway in the Morning earlier today, doing something he promised he’d never do: “rap seriously on the radio.” Though it means we missed out on a verse full of dick and fart jokes, Earl’s resulting freestyle over the “Drop It Like It’s Hot Remix” was nonetheless notable. For one thing, you can practically see the wheels turning as he crafts one line to the next. And what he does string together (“Doin’ ni***s dirty as the motherfucking plunger cap”) could’ve easily made it on an official track (perhaps a B-side or deep cut). We’d give the whole thing an A-, with points off for skipping Eminem’s “The Way I Am”. That’s just a rookie mistake, and you hate to see it.