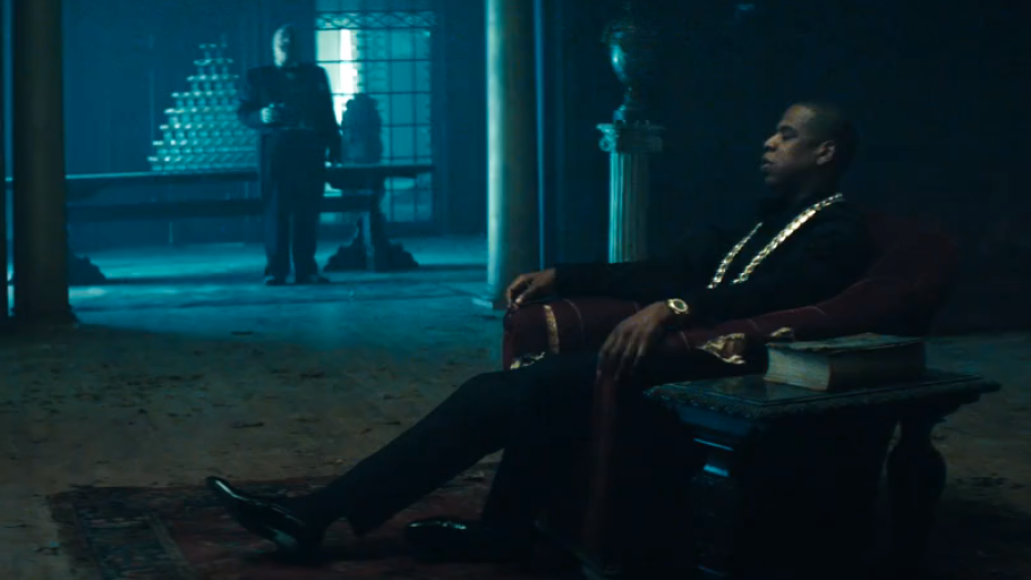 Jay Z and Justin Timberlake have shared the video for their Magna Carta Holy Grail collaboration “Holy Grail”. You know, the song that covers Nirvana?

The video was filmed in April, helmed by noted director Anthony Mandler. It premiered today on Facebook, becoming the first major music video to debut exclusively on the social network, according to Mashable.

The highly stylized clip sees the two musicians stuck in a decrepit mansion, sitting in front of walls of TVs and hanging out with ghost dancers, mirroring the track’s exploration of the isolating effects that come with fame.

Jay Z and JT will join forces once more on the forthcoming sequel to The 20/20 Experience, due out September 30th. Jay contributed to a song called “Murder”.