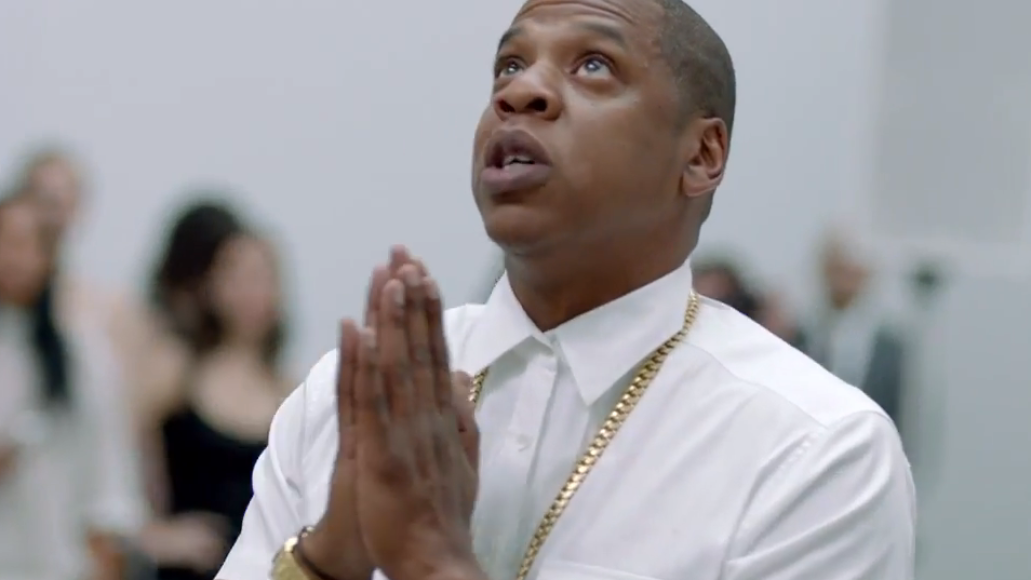 The 11-minute video was directed by Mark Romanek (who also did “99 Problems”). An invitation for the film shoot said the video would represent a “cross section of the New York art and cultural world” and that the performance would be “experimental and collaborative,” as well as a nod to rap’s “history with endurance.” Jay was reportedly inspired by Abramovic’s recent MoMA exhibition Marina Abramovi?: The Artist Is Present, where she sat at the museum’s atrium for two straight months.