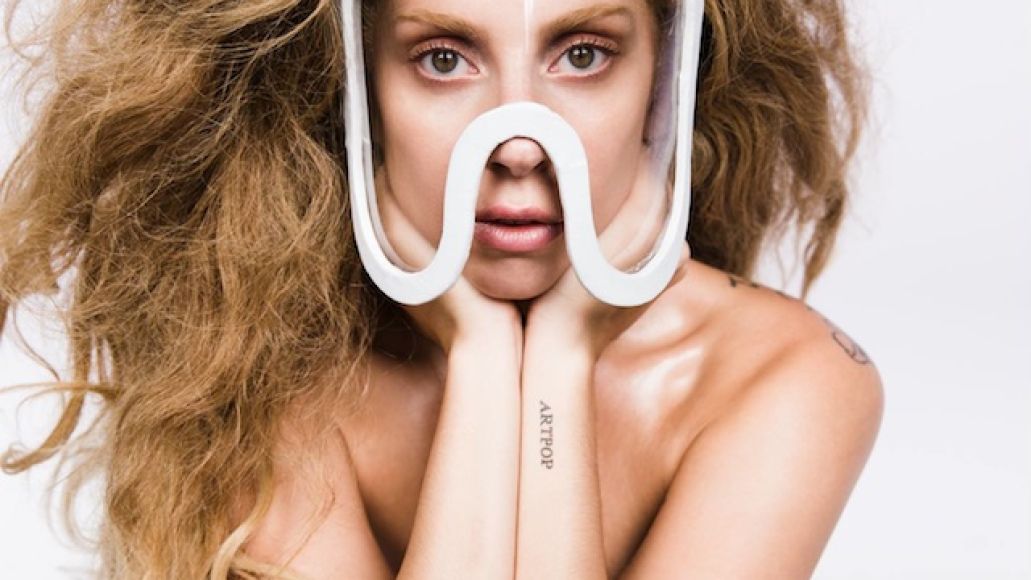 During a rehearsal for her upcoming iTunes Festival performance, Lady Gaga previewed a new ARTPOP song. Presumably titled “Swine”, given the accompanying hashtag #swinefest, it’s a melancholy piano ballad that eventually erupts into a raging pop-rocker, backed by piercing guitar and synths. “I know, I know, I know, I know you want me / You’re just a pig inside a human body / Squeal, squeal, squeal you’re so disgusting / You’re just a pig inside, swine,” Mother Monster sings before thrashing down on a drum kit. Watch the clip below.

ARTPOP is due out November 11th through Streamline/Interscope Records. As previously reported, the album will be paired with an interactive app, which Gaga describes as “a musical and visual engineering system that combines music, art, fashion and technology” and a way to share in “the adrenaline of fame.”

Revisit her official music video for “Applause”, as well as her recent VMAs performance.