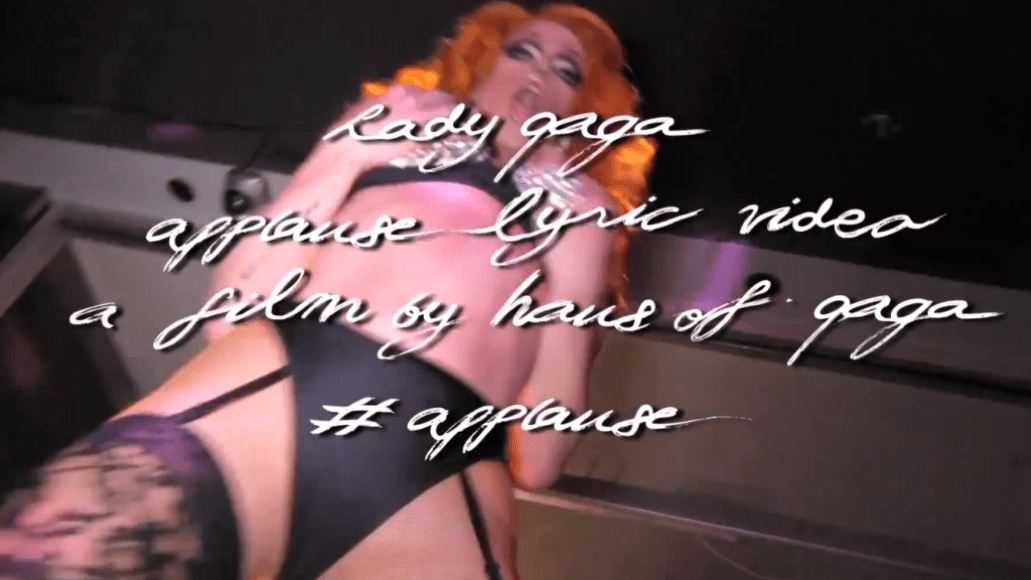 Lady Gaga has unveiled the lyric video for her new single, “Applause”. According to E! Online, it was filmed less than 48 hours ago at Micky’s, a popular gay club in West Hollywood. Many of the Drag Queens featured appear in RuPaul’s Drag Race, a reality television show hosted by RuPaul on LOGO.

Gaga’s new album, ARTPOP, will arrive November 11th through Streamline/Interscope Records. As previously reported, the album will be paired with an interactive app, which Gaga describes as “a musical and visual engineering system that combines music, art, fashion and technology” and a way to share in “the adrenaline of fame.”