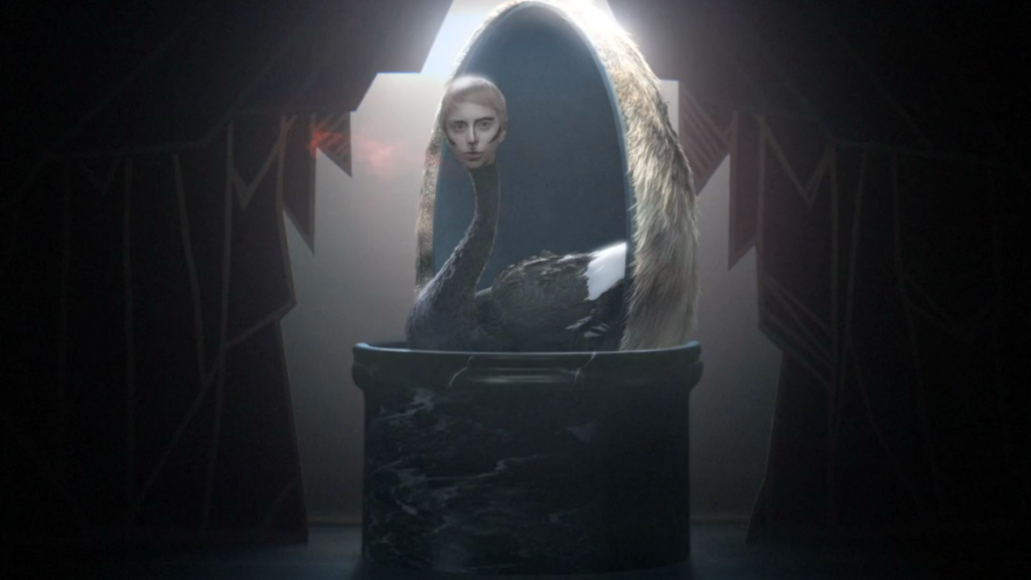 The only thing separating Lady Gaga’s lyric video for “Applause” from a regular video? The lyrics splattered across the screen (It has the star-power, camera work, and, presumably, the price tag of any big-budget clip.) Yet, because of that small discrepancy, Gaga was able to milk money from her label for the actual, standard video (or whatever you want to call it).

Created by Dutch photographers Inez & Vinoodh, today’s video is described by Gaga as “A film in black+white, color, and hand painted film…A MusicVideo where B+W and Color battle in a bid for your Applause!” As part of this mission, Gaga’s head appears on a black swan and she boogies down in a clam bikini. If this doesn’t bump up her sales, I no longer believe in art.

“Applause” serves as the first single off Gaga’s new album, ARTPOP, due out November 11th through Streamline/Interscope Records. As previously reported, the album will be paired with an interactive app, which Gaga describes as “a musical and visual engineering system that combines music, art, fashion and technology” and a way to share in “the adrenaline of fame.”