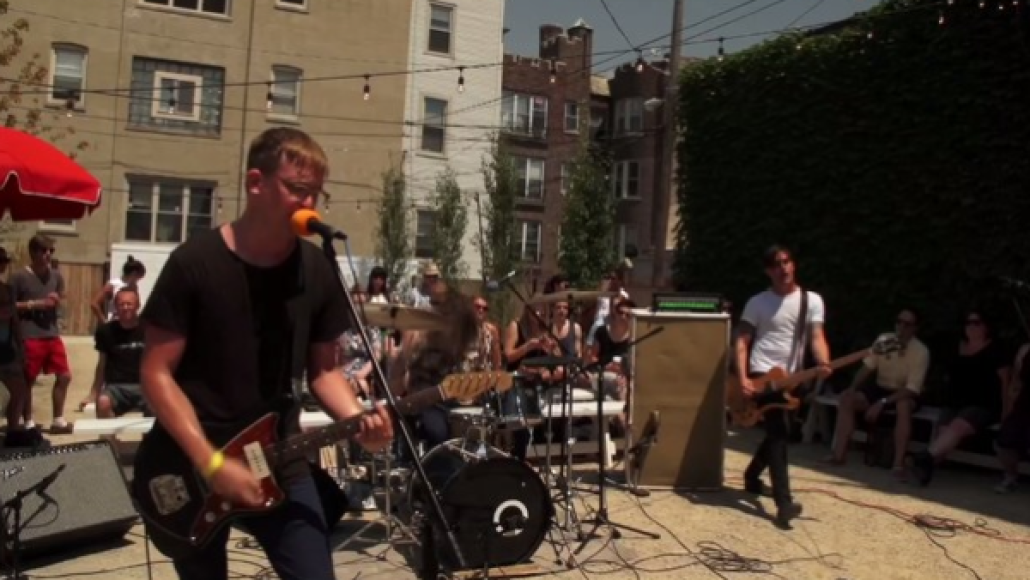 In just a few short years, the A.V. Club’s “Undercover” series has yielded plenty of “that band covered what song?!” moments. But rather than, say, pull a GWAR and tackle freakin’ Kansas’ “Carry on My Wayward Son”, Toronto noise-punk outfit METZ didn’t shock the world with their pick of The Damned’s “Neat Neat Neat”. Still, even by choosing one of their “collectively favorite songs,” the trio, standing triumphantly atop Chicago’s own Parson’s Chicken and Fish, made the near-40-year-old track sound almost-new with their usual madcap intensity and affinity for gunky feedback. A lesson from METZ: if you’re gonna “play it safe,” at least have the decency to rock the funk out.

Watch the replay below (via A.V. Club).

Watch Rock it Out! Blog’s interview with METZ: