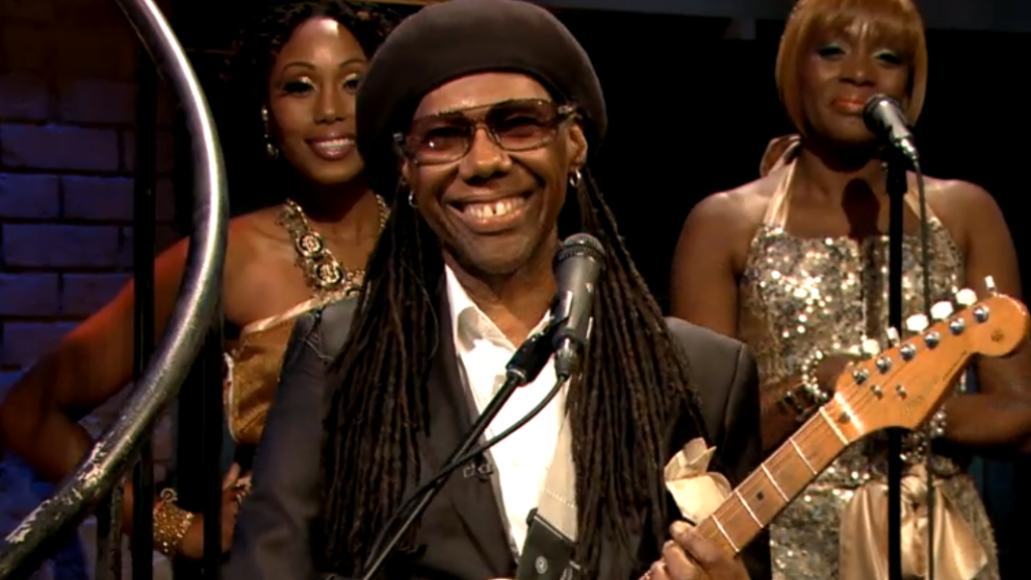 The whole Daft Punk-Colbert thing may have turned out to be a fiasco, but Chic frontman and “Get Lucky” collaborator Nile Rodgers still made his way to New York City last night. Similar to J Mascis’ appearance last month, Rodgers sat in with The Roots for an entire episode of Late Night with Jimmy Fallon, performing Chic songs “Le Freak” and “Good Times”, along with Sister Sledge’s “We Are Family”.

Fallon introduced Rodgers as the co-writer of “Get Lucky”, but made no mention of their non-performance on The Colbert Report. Rodgers did, however, share an anecdote about his inspiration for “Le Freak” involving Grace Jones’ bodyguard and the “F-word”.

Watch Nile Rodgers perform with The Roots on Fallon