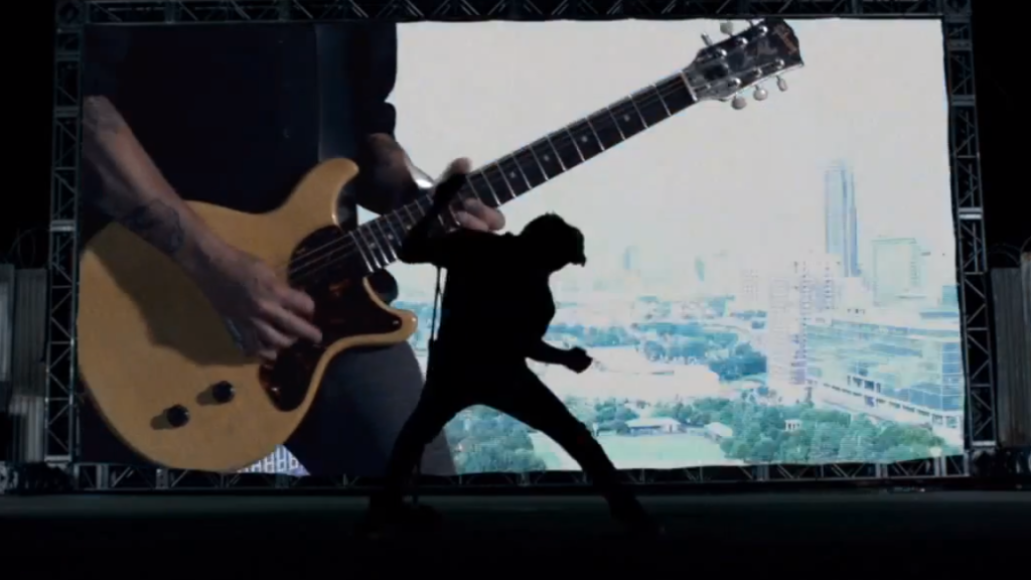 Pearl Jam have unleashed a video for “Mind Your Manners”, the first single from their upcoming tenth studio record, Lightning Bolt. As mega-fans (i.e., my roommate) will tell you, PJ doesn’t do this kind of thing very often. After the clip for “Jeremy” took home the VMA for Best Video in 1993, the band decided to reduce their video presence. In fact, the band refused to craft a followup until 1998’s Yield, when they commissioned Todd McFarlane to direct the animated clip for “Do the Evolution”. And that would be their last until 2006’s self-titled album. In 23 years as a band, that’s a 12 year span without a music video on MTV (those performance clips from Riot Act don’t count).

Recently, PJ have sporadically returned to the medium, either to be odd or for marketing reasons. Given that “Mind Your Manners” has already been lauded as a non-typical Pearl Jam song, it’s only fitting they’ve gone a different route with its visual accompaniment. With its images of Seattle’s favorite sons kicking out the punk in front of a volley of vintage footage and retro artwork, their latest video has one purpose and one purpose only: to rock.