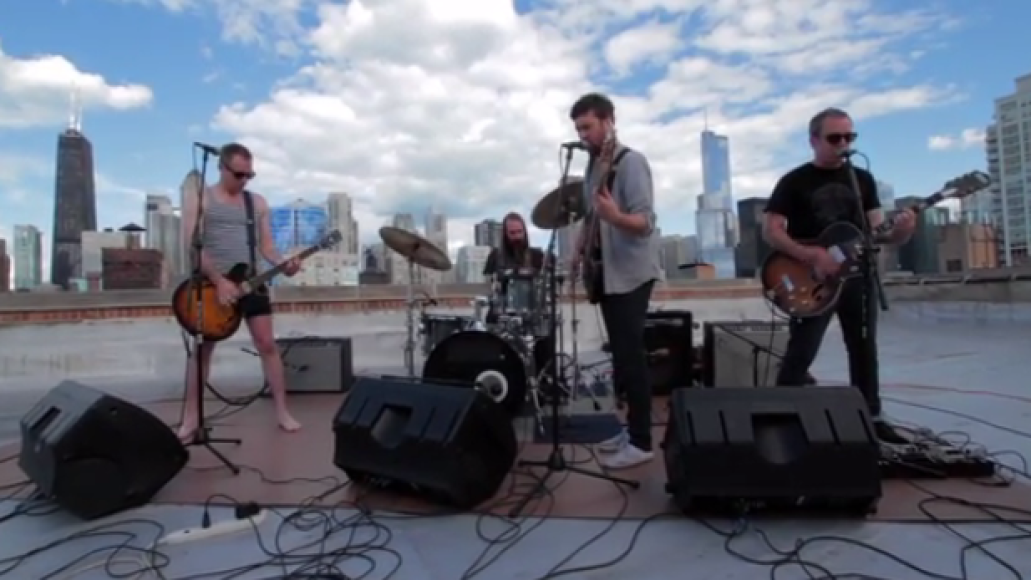 When the A.V. Club kicked off their “Undercover” series a few years back, the first act to step up to the mic was Ted Leo And The Pharmacists, giving Tears for Fears’ “Everybody Wants To Rule The World” a punkish spin. Today, Leo and his merry band of rockers return to the series with their cover of The Ramones’ “Go Lil’ Camaro Go” (off 1987’s “underappreciated” Halfway to Sanity).

As evidenced by their Misfits-centric set, the band is the undisputed champion of punk covers, so naturally they handled this “very deep cut” with ease, infusing their slightly more melodic, folksy tendencies into the hard-driving anthem. Not only that, but Leo also busted out a tank top to show what years of rocking and rolling can do for the guns. Contemplate what he must lift when you check out the replay below (via A.V. Club).

According to the A.V. Club, Leo and the Pharmacists are currently at-work on their next album. On September 7th, Leo and Aimee Man will debut as #BOTH at the A.V. Fest/Hideout Block Party.