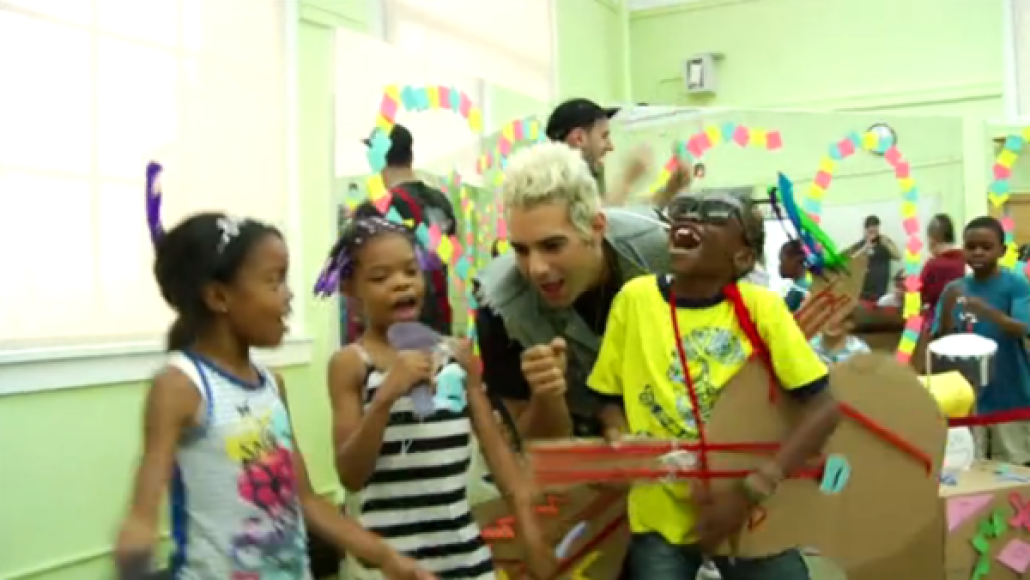 Yo Gabba Gabba! what? Brooklyn punk rockers The So So Glos have teamed up with kids charity OMG Everywhere! to shoot a music video for their song “Dizzy”. The project is part of OMG’s “Cameras Everywhere”, which sees kids, bands, and directors together collaborate together on videos as means to foster artistic exploration.

The resulting cinematic endeavor features band and some fresh-faced youngsters singing, dancing, and playing cardboard instruments, basically looking like they’re at the most bonkers, G-rated punk show ever. Plop your children down in front of this for a while and they’ll be the coolest kids at their pre-K yoga class. Watch it below (via Substream).

Watch the kid-directed video for The So So Glos' "Dizzy"