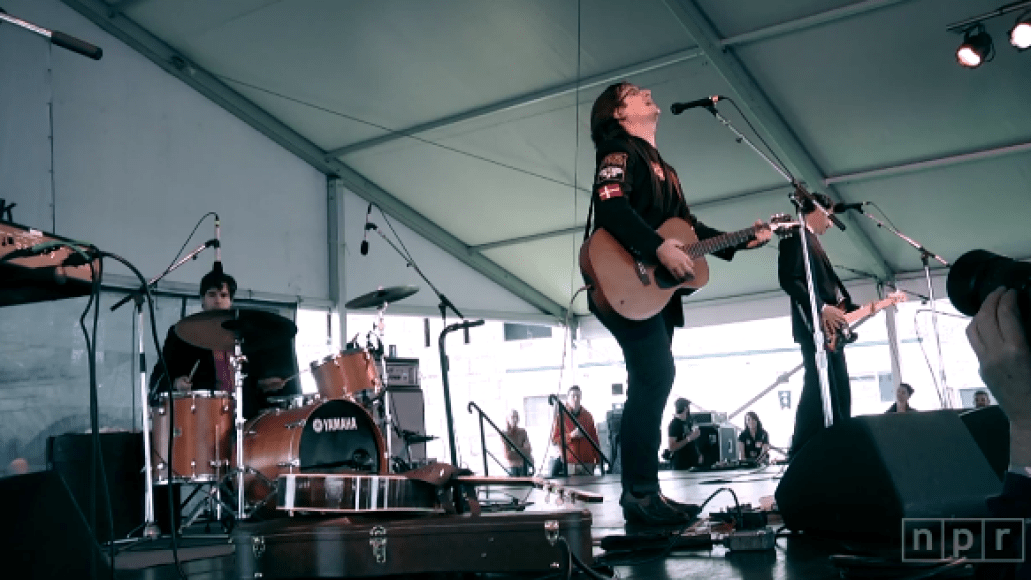 Thanks to NPR’s HD cameras, the Newport Folk Festival is the festival that keeps on giving. The public radio network recorded much of the event, including The Mountain Goats Harbor Stage set, where they debuted a brand new track called “Animal Mask”.

As band mastermind John Darnielle told the Newport crowd before premiering the song, “Animal Mask” is about the allegiances that form and dissolve amidst a wrestling battle royale cage match. “And also in wrestling there’s a thing where people try and tear off the masks of people who are trying to hide their identity. This song is about a battle royale,” he said. “It’s also about the labor and delivery room.”

Well, if there were ever two similar themes, it’s a free-for-all cage match and the miracle of childbirth. Check out the leisurely country stroll of “Animal Mask” around the 3:39 mark below, bookended by “Up the Wolves” up front, and “You Were Cool” and “Cubs in Five” at the tail.