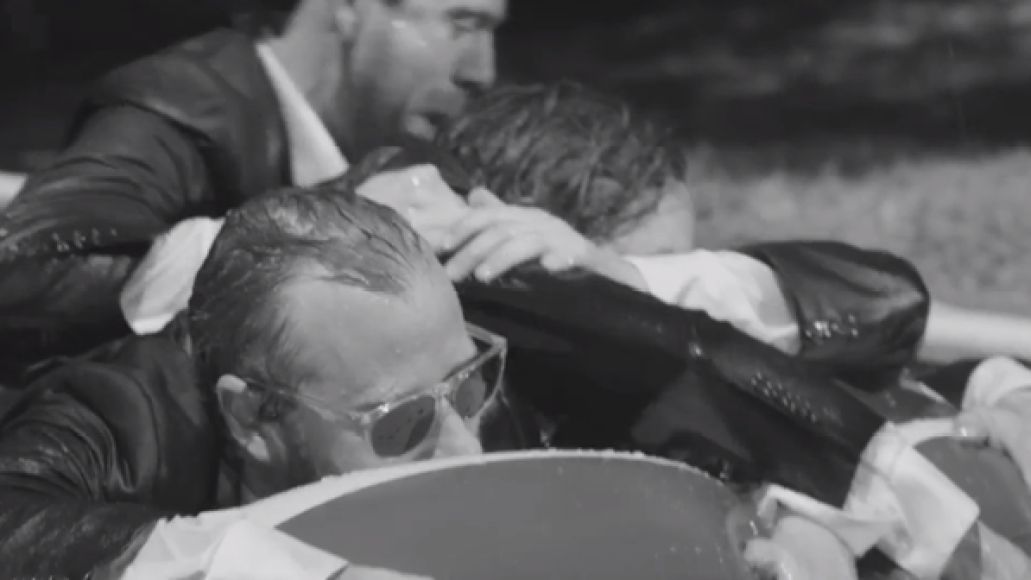 The National may be wine-drinking, Grateful Dead-loving paragons of Dad Rock, but even they know how to cut loose from time to time. In the video for the Trouble Will Find Me standout “Graceless”, the band goofs off in the best way possible: by shotgunning beers and riding bikes into a swimming pool, all while wearing suits. It’s nice to have money, no?

“(It) involved a great deal of binge drinking beer,” frontman Matt Berninger told Rolling Stone regarding the shoot. “We shot it at my mom and dad’s house in Cincinnati and kind of destroyed the place and ourselves along the way.”

“I had a serious face injury, Bryce (Dessner) had a back injury,” Berninger said. Adding he got the injury by “riding a bike into a swimming pool and my face hit the water hard all three times. I had glasses on, I had bruises around my eyes where the glasses hit. It was the most brutal video we’ve ever done. It was really fun, but it cost us. No one died, though.”

Watch The National's video for "Graceless"