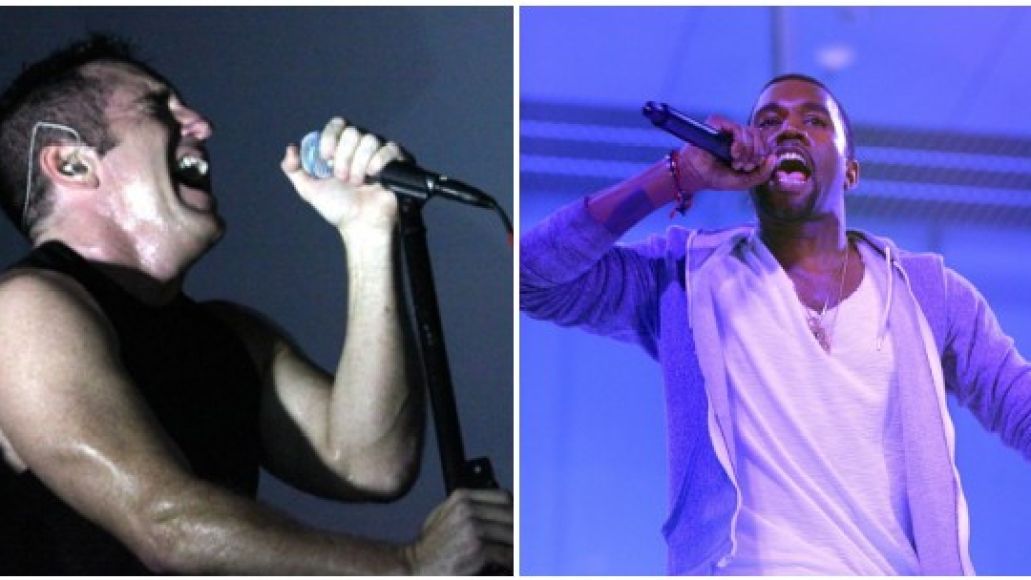 It’s always interesting to hear what one legendary musician thinks of another. In the case of Kanye West and his recent album Yeezus, Trent Reznor is a fan (via SPIN):

“I know [Kanye] a bit. He’s come out to shows and we’ve had some humorous— I’ve listened to him talk backstage a few times. I can’t say that we had a conversation. I find him an interesting character. Yeezus, I really love it. I think the sound of it is cool. I can’t endorse what he’s saying lyrically, but I will say that in terms of the role of the dangerous entertainer in 2013, nobody is beating him at that game. It feels like he might implode. Even if it is calculated to some degree, it feels rough on the edges in a way that I can appreciate. I’m glad he’s out there. Consistently he’s put out ahead-of-the-curve shit. He’s definitely a talented guy.”

In related news, I hear from three unnamed sources, including one who’s a friend of a friend of Kanye’s garbage man, that Yeezus 2: The NorthWest Side Story will sample Nine Inch Nails’ “Everything”, because Kanye is the only one who “gets it.”

What does Trent Reznor think of Kanye West?