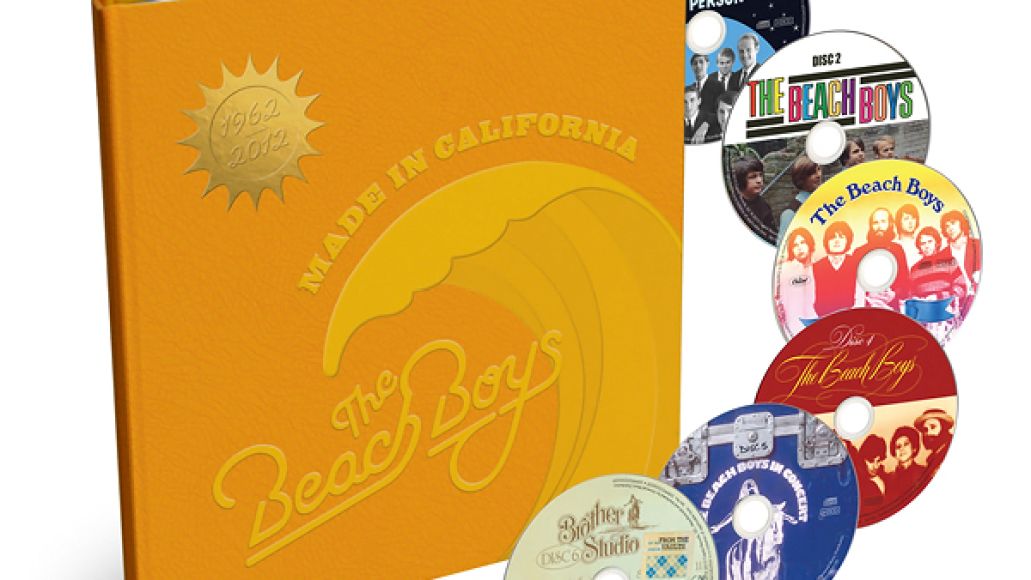 On August 27th, The Beach Boys will release a career-spanning box set on Capitol Records that they’re calling, appropriately, Made in California. Seven-and-a-half hours of audio are spread over six CDs featuring original recordings, demos, alternate takes, and previously unreleased live recordings from concerts, TV, and radio. There are even completely unheard tracks like “Goin’ to the Beach”, “California Feelin'”, “Soul Searchin'”, and more. The high school yearbook packaging features an essay called “My Philosophy” penned by Brian Wilson in 1959, as well as ”handwritten yearbook-style inscriptions” by Wilson, Mike Love, Al Jardine, Bruce Johnston, and David Marks.

Now, there are plenty of contests going on around the release; You can try to make a video for “California Feelin'” or lay down your very own guitar track and solo for “Goin’ to the Beach” (dude, you could be featured on a Beach Boys cut… 20 to 1 says Jesse and the Rippers get in on that). But here at CoS, we’re fixin’ to give the fans what they really want: a way to save the $140 and get your hands on Made in California sans cost.

That’s right, we’re giving away one copy of this incredible box set. All you’ve got to do is fill out the entry form below, then get that surfboard waxed and ready as you await the sweet Cali harmonies of the one and only The Beach Boys.

For those who can’t wait to see if they win and want to slap down the cash now, pre-orders are currently ongoing. And don’t forget to follow us on Twitter, Facebook, and subscribe to our channel on YouTube for more contests and the latest news. Enter ahead, and watch the unboxing video down yonder.

Win The Beach Boys' career-spanning box set, Made in California