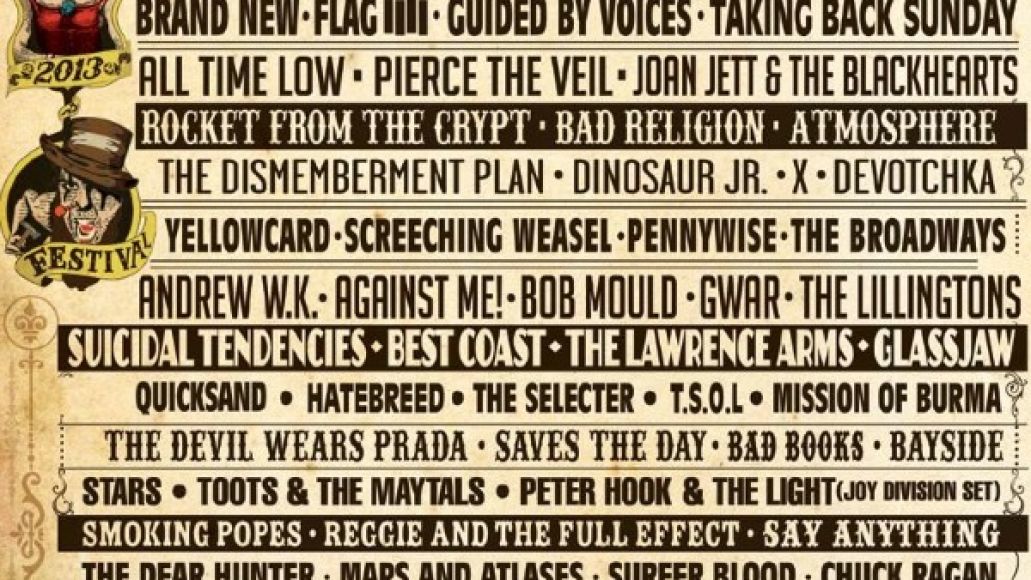 All right, look: We’ve given you a chance to get into every Riot Fest there is (our Denver giveaway is running through September 6th, btw), and by extension every reunion show The Replacements currently have scheduled. It’s a dream fans new and old would kill to have fulfilled. But let’s be honest, we know you’ve been waiting for one particular Riot Fest, the biggest, most-stacked bill of any Riot Fest, arguably of any festival the summer: Riot Fest Chicago.

Why don’t you just let your jaw drop now before you keep reading, because here comes a highlights list of this year’s Second City lineup: The ‘Mats, Pixies, Blink-182, Fall Out Boy, Blondie, Rancid, Violent Femmes, Flag, Guided by Voices, Joan Jett & The Blackhearts, The Dismemberment Plan, Bob Mould… I mean, just look up! Look at that poster! Peter Hook & The Light are doing a Joy Division set, for Christ’s sake!

You wanna go. Hell, I wanna go. If it weren’t a conflict of interest, I’d be entering this damn thing myself. But so long as you’re not a CoS staff member, we’ve got one pair of three-day GA passes * we’d just love for you to have. While some two-day and a few single-day tickets are still available at RF’s website for the September 13-15 fest, winning is your only way to see all three days of this massive, massive lineup. So what’re you waiting for?! Enter below!

* Winner responsible for their own transportation and lodging.