The hardest critic to shake off is perception. This has been and continues to be the biggest problem for MGMT. Perception says their audience should be 19-year-olds sharing Brooklyn efficiencies while mocking Top 40 pop. Or acid-dropping Flaming Lips disciples trying to find some combination of Zaireeka discs that make it sound like the Richard D. James Album. Or, if you’re basing it solely off of “Time to Pretend” and “Kids”, 16-year-old, neon-attired pre-EDM kids not quite ready for house music or MDMA.

But, listening to MGMT exposes more ambition in MGMT than “Kids” ever suggested, and a steadier experimental hand than the one featured on the lackluster Congratulations. Single “Your Life is a Lie” is on some Man Man carnival pop shit; the bouncing, but impertinent bubble gum explosion is something the band absolutely fucked up on Letterman, but on record comes across as a fist-pumping anthem for weirdos everywhere. “Cool Song No. 2” dabbles in Eastern mysticism along a slinky bass pulse and a surprisingly memorable piano riff in the chorus.

“Kids” and “Time to Pretend” proved that the band knew how to write a good riff, and despite fortman Andrew VanWyngarden’s assertion that the band “can’t write a pop song,” that strength is still apparent on moments like the chorus of “Cool Song No. 2” or the unabashedly silly vocals on “Plenty of Girls in the Sea”. But those earworm moments are glossed over almost as soon as they appear, and many of these songs end up sounding drawn-and-quarterd because of it.

This lack of dedication to melody means rhythms often serve as the highlight of MGMT, from the scattershot Aphex Twin drive of “Astro-Mancy”, to the jungle pulse of “Cool Song No. 2”, to the seapunk Unicorns bounce of penultimate track “Plenty of Girls in the Sea”, to “Mystery Disease”‘s battle with Tame Impala for psych rock supremacy. MGMT‘s backbone is in that rhythmic pulse that shifts and modulates across the record’s ten songs. When that pulse weakens, the record falters, as it does on the tepid “I Love You Too, Death”, or closer “An Orphan of Fortune”, which sounds like it was left on the cutting room floor of the mbv recording sessions.

MGMT finds the New York band trying to do a lot of different things. Their reach is admirable, but their grasp is often too weak to truly pull off their ambitions. Business and layers are used in lieu of melodies and hooks, and as consequence, the promising crescendo of a track like “A Good Sadness” never quite reaches transcendence and the British psych rock attempt of “Introspection” comes across not as an homage, but an imitation. The most pleasing moments on the record are when MGMT refuse to take themselves seriously. Both “Your Life Is A Lie” and “Plenty of Girls in the Sea” are intentionally ridiculous, as if they were tossed off in the studio in a few minutes while drunk, or high, or both, the band members trying to restrain the laughter whenever someone hit record.

And this strength reveals MGMT’s greatest weakness. On other songs — with the notable exception of the plaintive and brisk ambient doodle “Astro-Mancy” — MGMT sounds over-worked. The record’s thick textures feel like canvases that have been painted over too many times, and its genre excursions have had the life practiced out of them. A looser take on MGMT would likely have been a rousing success. But, it also would have bought more into the existing narrative of the band, and been easier to pigeonhole them as — as VanWyngarden put it — “druggy, retarded, partying hipsters.” MGMT’s desire to separate itself from those perceptions may also have disconnected them from their own music. Because of this, MGMT is all promises and no delivery.

Essential Tracks: “Your Life Is A Lie”, “Plenty of Girls in the Sea” 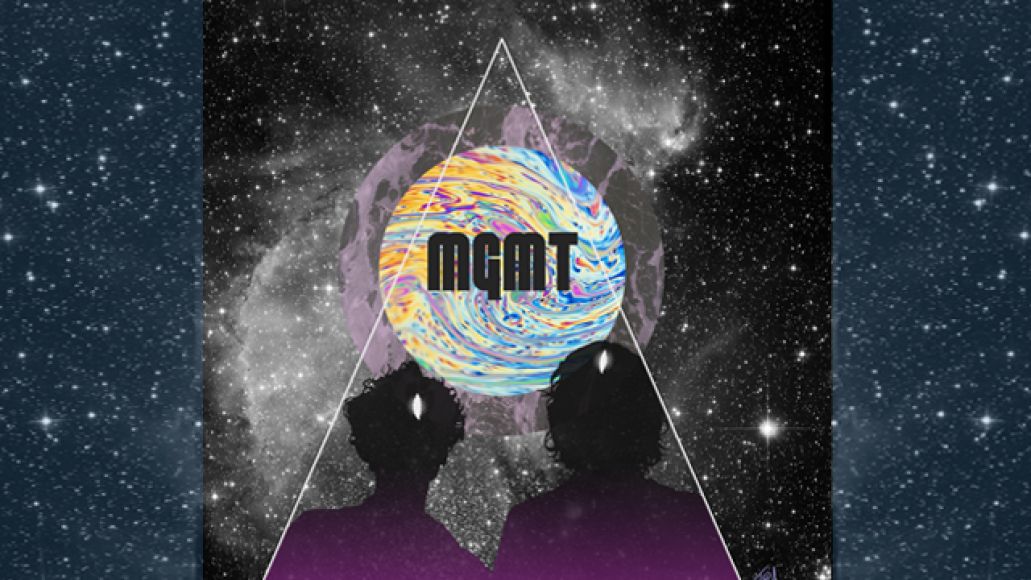