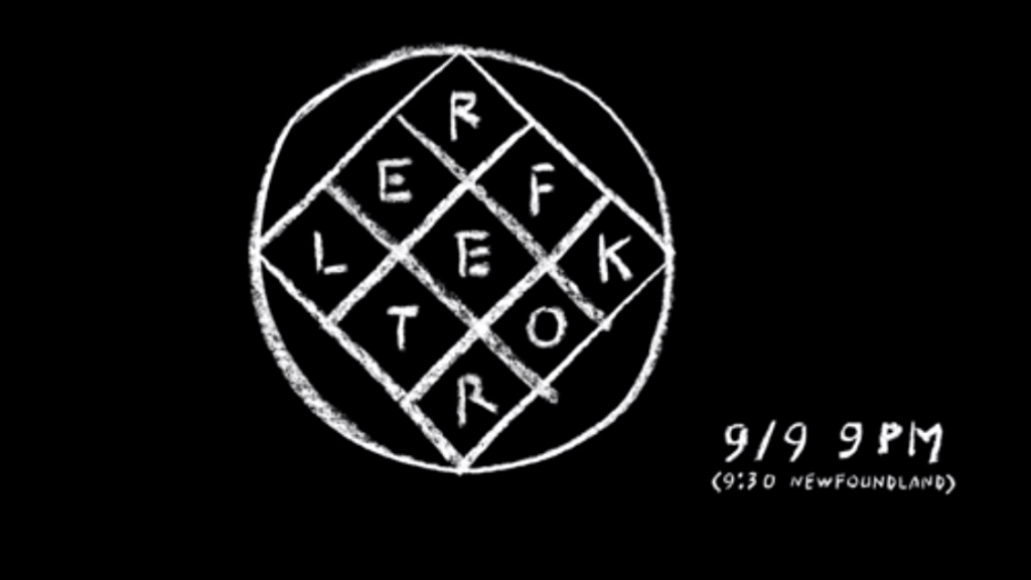 On September 9th at 9pm, Arcade Fire will premiere a new single off their upcoming, highly-anticipated fourth studio album. In anticipation, they’ve just unveiled a new 40-second teaser trailer. It features a swell of strings — jarringly similar to “The Suburbs” refrain — which soundtracks a number of locales seemingly related to their recording. Watch the trailer at their website or below.

Also worth noting: The final scene of the trailer, advertising the September 9th reveal (screen grabbed above), notes a second time of 9:30 Newfoundland. The Canadian province is 30 minutes ahead of Atlantic time, which is an hour ahead of Eastern time in the US. So presumably, the 9pm will actually be 8pm EST. Got it?