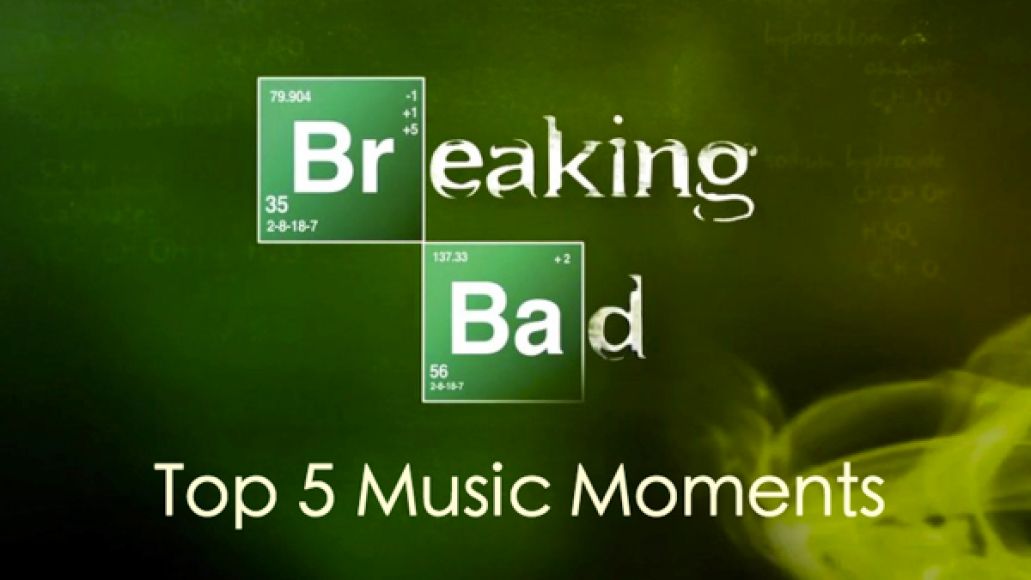 The wall building between Breaking Bad fans and those who somehow live with what must be a horrible feeling of missing out has skyrocketed over the past few weeks. If you’re on the wrong side of this line in the reddened, Albuquerque sand (presumably living under a very large rock), might I advise you to click on, for spoilers lie ahead. Also, Netflix is only $7.99 a month, you know. Get it together.

As for the rest of us, while we continue to watch the harrowing parade of our worst fears realized with just one 75-minute episode to go, we reflect on what we’ve been through as an audience since the series premier back in January 2008, when Walter White was just a sap working two jobs as a high school chemistry teacher and a carwash attendant. Little did we know that 2013 Breaking Bad would beg to be accompanied by a Xanax.

We have Vince Gilligan to thank for, well, the existence of the entire series, cinematographer Michael Slovis for showcasing the breathtaking beauty of the New Mexican desert, and composer David Porter for his eerie, bone-chilling score. The Breaking Bad machine is made up of many parts (Bryan Cranston and Aaron Paul: Emmys for life!), and music is a guiding force, though in a much more subtle, haunting fashion than that of the average primetime drama.

As the show’s music supervisor, Thomas Golubic, said in an interview, “If you have a compelling story, actors, cinematography, you don’t need music.” Check, check, check. That’s a humbling statement from a man whose pairings of song and scene made for some of the most memorable television in history.

5. “Who’s Gonna Save My Soul” by Gnarls Barkley

At the end of Breaking Bad’s first season (which clocked in at only seven episodes), one of its early “villains,” Tuco Salamanca, beats a member of his crew to death in front of Walt and Jesse after a meth deal in an old scrap yard. The duo has already been through a lot, what with the whole disposing of corpses/strangling debacle, but the inaugural season ends on an eerie note as they watch the man they’re now doing business with kill someone for being redundant. As Walt and Jesse shuffle past piles of mangled cars with a Ziploc bag full of money in hand, the soul of Gnarls Barkley soaks into the shot. The song gives us CeeLo at his grittiest, and his gospel-infused plea, “Who’s gonna save my soul now?” soars over plucked strings and a dense bass, lyrically setting the tone for the entire series.

The sound editing when this thumping track kicks into gear is so superb that everything from the sliding of the bedside table to cover the ricin cigarette outlet to the zipper of a pillow’s sleeve sound like part of the original instrumentation of “Stay on the Outside”. As Walt and Jesse tear apart Jesse’s house in search of the lost dose of ricin, the even-paced bass and quickening vocals heighten the scene’s already anxious-as-hell tensions. Despite the fact that we know Walt has the ricin cig, Jesse doesn’t. It’s painful to watch poor Pinkman, who at this time is under the impression that he may or may not have accidentally poisoned his girlfriend’s son, break down over a pile of Roomba vacuum debris as he finds the fake Walt planted for him to find, but such is the heartbreak of the show.

What better soundtrack to a montage of a blue crystal meth cook? The song is 44 years old, and even back in the early ’70s, speculations swirled that it wasn’t paying homage to a bible verse, as Tommy James claimed, but rather a love letter to either crystal meth or LSD. Regardless of its original intended meaning, the melodic dash of psychedelia livened up a four-minute block between pretty intense scenes: Hank admitting to Walt over a glass of scotch that his job is wearing on him so much that he’d rather be chopping down trees, and Marie urging Skyler to take her kids home, naive to the fact that their father is a murder-drunk kingpin. Between the tension, Walt and Todd cook, ship, and collect to the sounds of the late ’60s. Good on Golubic for finding this all-too-perfect song a home on the series.

The end of last week’s installment deserves a huge musical nod, as composer David Porter unravelled his evasive theme for a full-circle feel at the end of Breaking Bad‘s second-to-last episode. During a phone call to Junior, the in-hiding Heisenberg is told by his own son to just die already. Rough stuff. He sets the pay phone down only to pick it up again and place a call to the DEA, convincing us he’s finally taken Saul’s advice and turned himself in. It’s then that Walt sees his former colleagues, Gretchen and Elliot Schwartz of Gray Matter, on Charlie Rose, the Schwartzs denying Walt’s involvement in the technology empire’s founding and Rose offering the fact that Walt’s signature product is still on the market, reaching as far as Europe. His face tightens and we see his desire to protect his pride at all costs surfacing yet again, as the first of the theme’s slowed chords creep in. As the song escalates, the police show up outside the mountainside New Hampshire bar, only to find an abandoned drink and a pay phone dangling off the hook. Ending the show the way we usually hear it begin proved the perfect ending for the penultimate episode.

Aside from the emergence of one of TV on the Radio’s best tracks, this moment doesn’t get the biggest blip on the overall Breaking Bad plot-point map. It’s certainly not Walt at his most harrowing, and his transformation “from Mr. Chips to Scarface” is a few murders and a few million dollars short of completion. Hell, the fellas he’s puffing up his chest in front of aren’t even a real threat. “Stay out of my territory,” he spits outside of his local hardware store after seeing a couple of junkie-looking types with a cart full of meth-cooking materials inside. It’s the season two version of “I’m the one who knocks” or “Say my name,” and it’s soundtracked by the best song we hear throughout the entire series. Tunde Adebimpe’s opening lyrics, “Congratulations on the mess you made of things,” embody what we’re all shouting at our TVs as we watch Walt commit evil after evil, and his falsetto repetition of the phrase “death professor” feels all too fitting for the chemist-turned-drug lord.