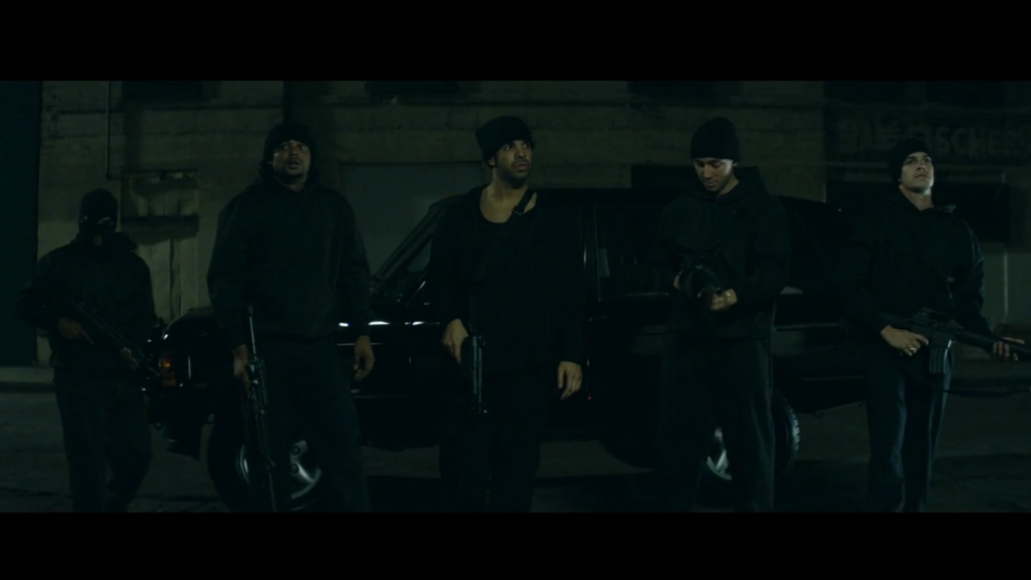 Drake itches his acting chops in his new video for “Hold On, We’re Going Home”, drawing inspiration from Michael Mann’s assortment of crime sagas, namely 1995’s Heat and 2006’s Miami Vice. The setup has the R&B heartthrob seeking vengeance on a kingpin (played by Scarface’s Steven Bauer) in a setup that’ll leave diehard Miami Vice fans whispering, “Smuggler’s Blues”. Be on the lookout for ASAP Rocky, who plays a member of Drake’s crew, as well as a reworked outro for the song.

Drake’s new album, Nothing Was The Same, is out today. Stream it now.