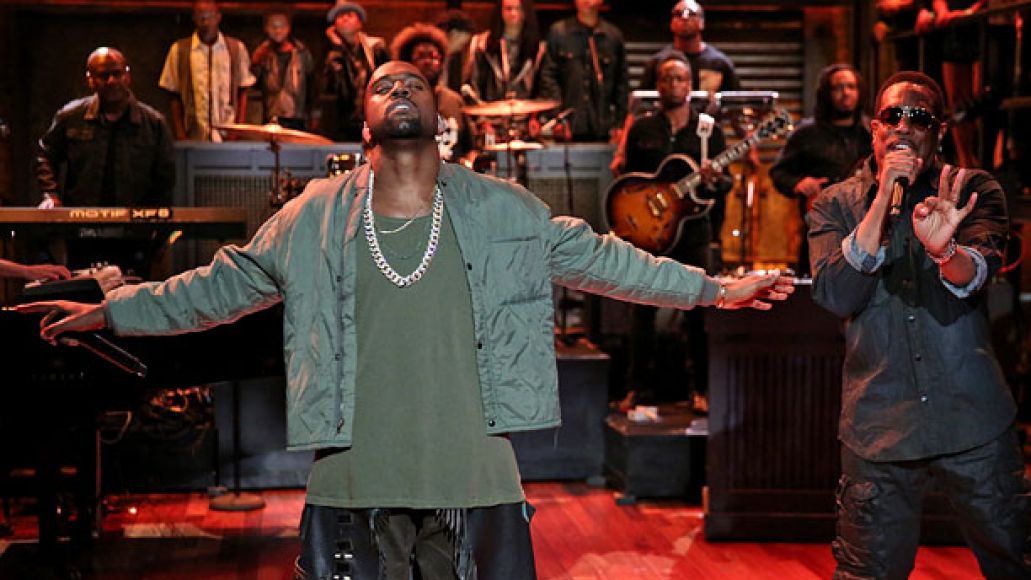 Kanye West made a surprise appearance on Late Night with Jimmy Fallon Monday night, where he teamed with The Roots, Charlie Wilson, and a children’s choir for a performance of “Bound 2”. It marked Kanye’s first-ever live performance of the song, which is rumored to be the next single off his latest opus, Yeezus.

Fallon announced Kanye’s appearance on Twitter, writing, Cool thing about doing a show in NYC — anyone can drop by. @KanyeWest surprised us and performed “Bound 2” tonight on Late Night! #nojoke”

Watch video of the performance below.

Earlier today it was reported that Kanye will be making an appearance on UK television program Later… with Jools Holland next week. Both performances come in support of his forthcoming solo tour with Kendrick Lamar.