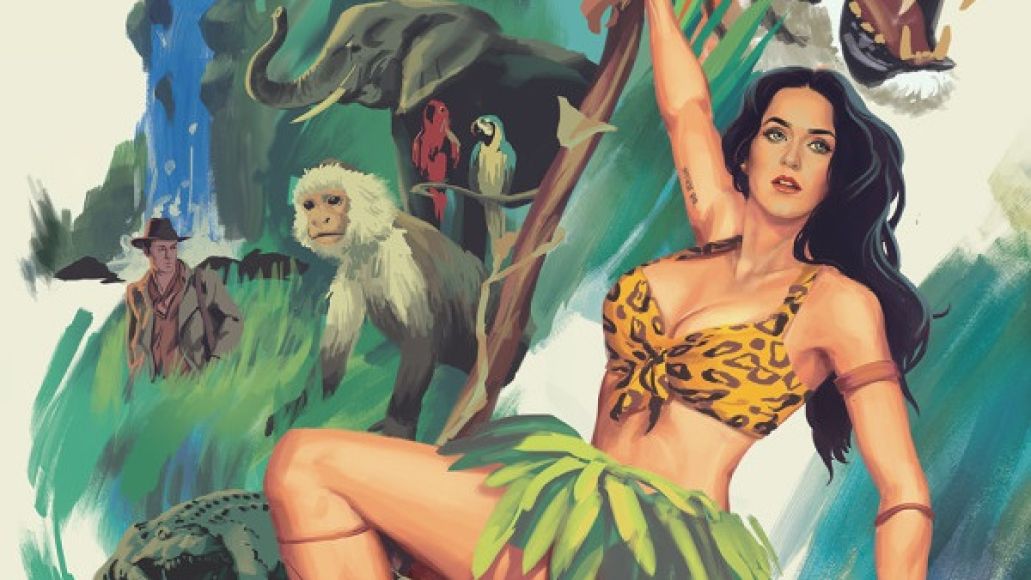 After going a few rounds at the VMAs, Katy Perry’s unveiled the music video for “Roar”, the lead single to her forthcoming fourth studio album, Prism. According to a press release, the clip was shot in “Junglescope,” and is described as a “motion theory adventure.” If you’re not up to date on video technology evidently ripped from an alternate 1966, that translates to Perry becoming Queen of the Jungle after her man gets eaten by a tiger. Basically, it’s a fun video that doesn’t take itself too seriously. Watch below.

Prism is due out October 22nd via Capitol Records (pre-orders are ongoing). On September 17th, Perry will unveil the album’s next single, “Dark Horses”.