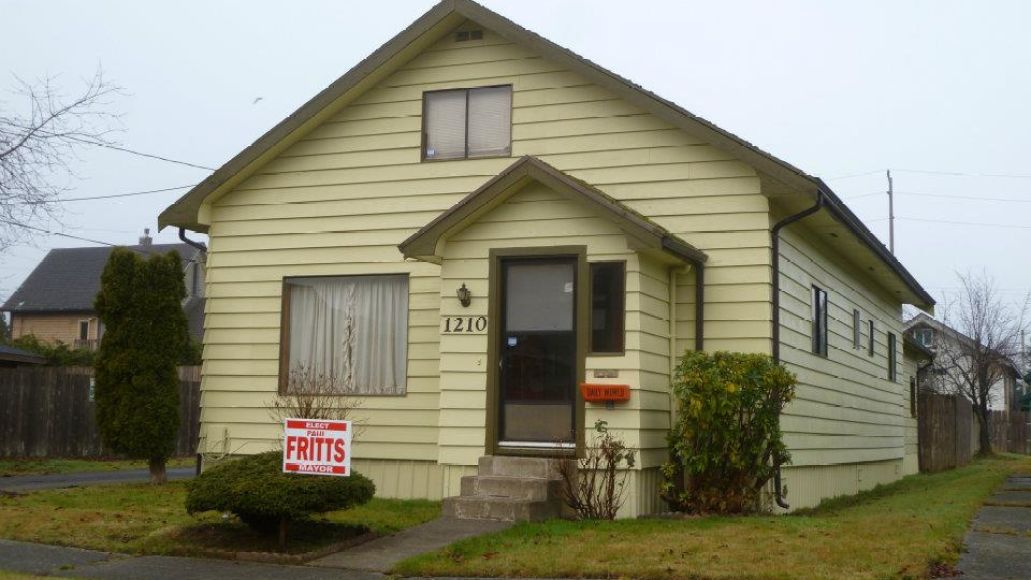 Do you love Nirvana? Are you planning to move your family to Aberdeen, WA? Have half a million to spare? If you answered “yes: to the following questions, then you, sir or madam, are qualified to purchase the original childhood home of the late Kurt Cobain.

Cobain’s sister, Kim Cobain, explained to The Associate Press: “We’ve decided to sell the home to create a legacy for Kurt, and yes, there are some mixed feelings since we have all loved the home and it carries so many great memories. But our family has moved on from Washington, and (we) feel it’s time to let go of the home.”

Built in 1923, the one-and-a-half story bungalow house on East 1st Street was last valued at $67,000, but has hit the market at $500,000. Lots of history remains, including Cobain’s young stencils that litter his bedroom walls, his original mattress (!), and the family’s dining room table. As a result, the estate’s also welcomed the idea of some sort of partnership to turn it into a museum.

Don’t scoff, as NBC reports, an Oregon couple back in 2002 bought a home around Montesano for $42,500, and when they discovered Cobain had lived there as a teen, they wound up selling it for $210,000. Lesson learned? Nostalgia sells.

Photo by Deano in America.

Kurt Cobain's childhood home is for sale, complete with his original mattress