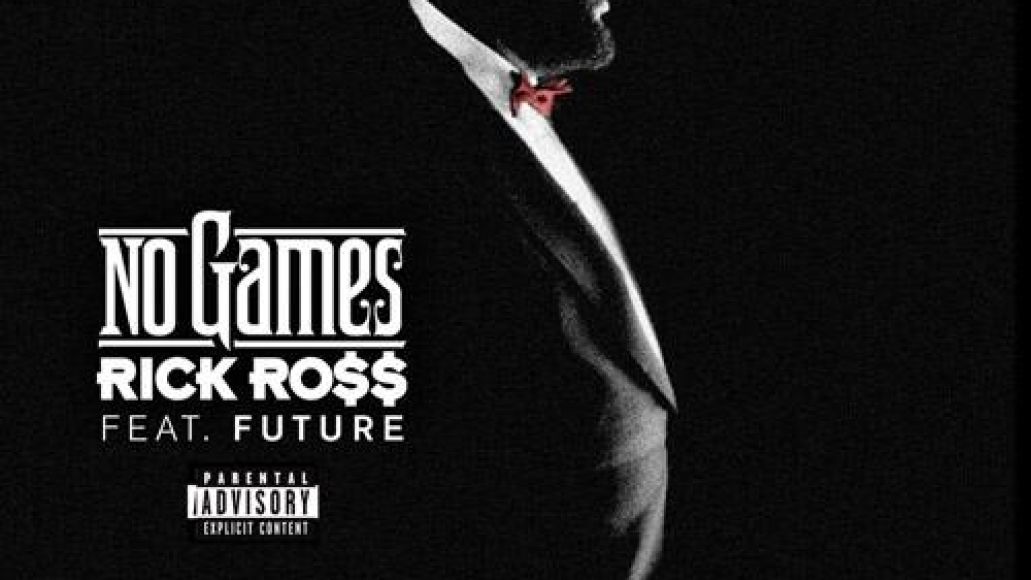 The Bawse joins forces with the Crown Prince of Auto-Tune for “No Games”, the first single off Ross’ upcoming sixth solo LP, MasterMind. However, Future doesn’t make use of his trademark technology in this hard-hitting anthem, produced by J.U.S.T.I.C.E League. Rather, he spits some vicious, unfiltered rhymes for the hook: “Can’t play no games. with these niggas / They’re so fake and phony.” Meanwhile, Ross is dealing with car problems: “Success another gamble, bitch I took a chance / Jumped straight off the porch, jumped right in the kitchen / Then I got a Porsche, my bitch wanted a Bentley.”

The track was premiered tonight by Funk Master Flex on NYC’s Hot 97; listen to the radio rip below.

The follow-up to last year’s God Forgives, I Don’t, MasterMind was originally set to see light in 2013, though it’s unclear if that will hold true. His upcoming group album with Maybach Music Group, Self Made Vol. 3, was originally due in August, but has since been pushed back to its current September 17th release date.

Meanwhile, Future will release his own new album, Honest, is due November 26th.

Listen to Rick Ross and Future together on "No Games"