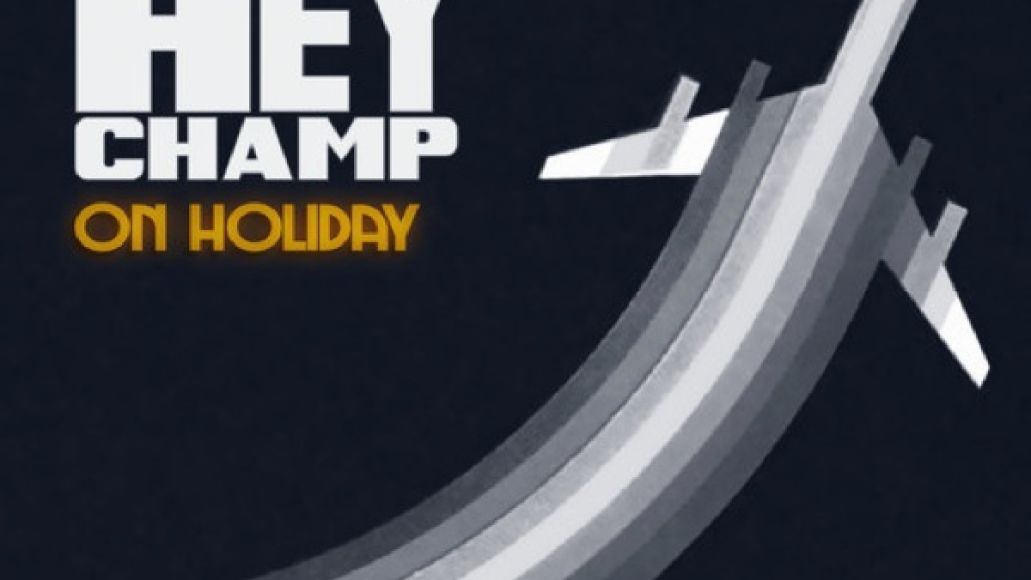 Chicago’s lux-pop duo Hey Champ haven’t had a fully-formed release since 2011’s Anything At All EP, the follow-up to 2010’s Star. They say they have a four-to-five track EP in the works, but with the release of their fourth free single of the year, they’ve essentially released an EP already this year, just broken up over a few months. In January there was “Cliche”, followed by “Comet” in March, and June’s “Celebrate”. Now comes the latest in the quadrilogy (which isn’t a word, though it should be), “On Holiday”.

The new track is a plea for a few more weeks of summer. Tropical drums pad along over the shake of maracas, and suddenly those concrete streets you’re walking on sink into soft sand. Synths blow in off the crystal blue ocean and breeze by, lifting your spirits as you shake along into the chorus. While Hey Champ channel Madonna’s intonation on the hook, BeuKes returns to repeat her guest vocalist spot from “Comet”. Here, she welcomes you to the final days of beach weather and “a night so long / lost in a song / an ocean choir where the only sound is you.” So while you check out the track below, I’m gonna go put in my vacation hours with Mr. Young.

Listen to the tropical-vibes of Hey Champ's new single, "On Holiday"