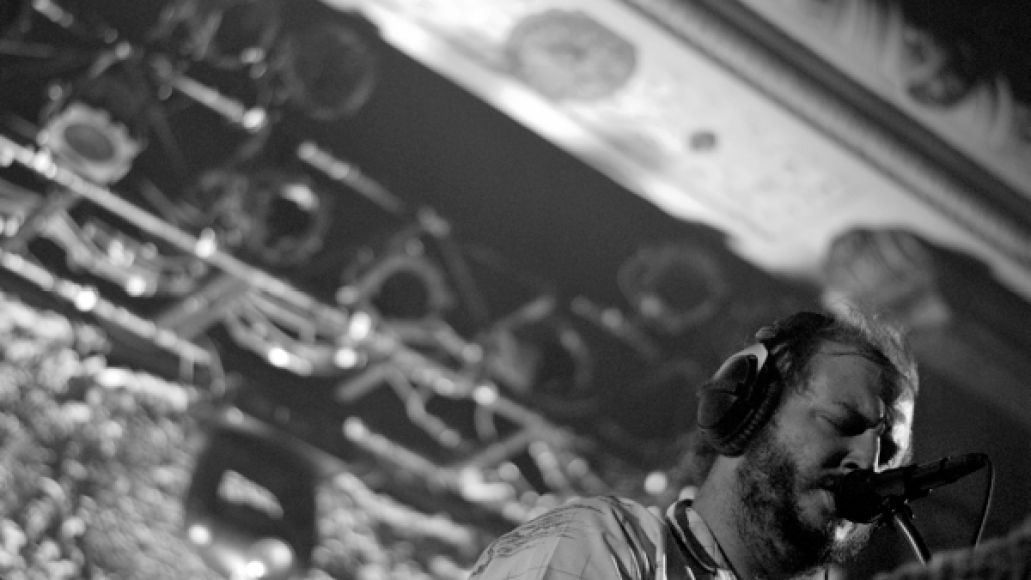 Justin Vernon picked up a new instrument. You can find him playing it front-and-center-stage as he leads his secondary project, Volcano Choir, on their first ever tour. It doesn’t make any sound, but he generally tries to play it as attentively and communicatively as the highly adept gentlemen behind him do theirs.

With a setup that didn’t look nearly as bizarre once they started playing, Vernon led his Choir onstage at the Metro Friday night, donned headphones, set down a booklet, and manned a big blue podium. It worked, if only because Vernon’s particular role in Volcano Choir is more fit for the hand gestures and excessive body language we visually associate with public speakers than that of most guitar-less lead singers. On their new album, Repave, Vernon’s words don’t always unfurl in melodies; they often stumble out in clumps of emphatic thoughts, in more of a talk-sing style than he’s used to. 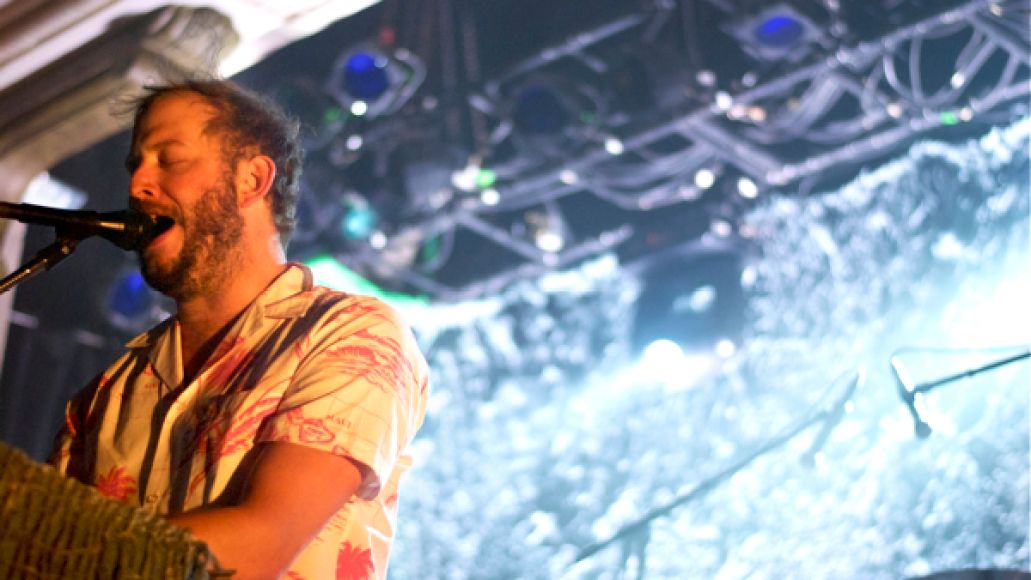 Of course, not having a guitar or keys to play while singing to a sold-out house is something of a new role for Vernon, who does it all and more as the frontman of Bon Iver and guitarist for The Shouting Matches. But with this project, it’s clear that he’s intent on transferring that freed-up energy towards his delivery, and getting his biggest lines to land even harder. Take “Byegone”, the most bombastic cut off Repave that also has some of its sharpest lyrics. “Drinking all the ways to down” was punctuated with the pinky-up gesture, and “Hold the keys to a Cuban flight that you won’t ever ride” saw him flapping wings for a couple seconds as the tension rose towards the song’s mid-point explosion. Vernon poured himself into the podium last night, right down to his ducking behind it completely as the Bukowski recording at the end of “Alaskans” played, in effect stepping aside to make way for Chuck’s ghost. 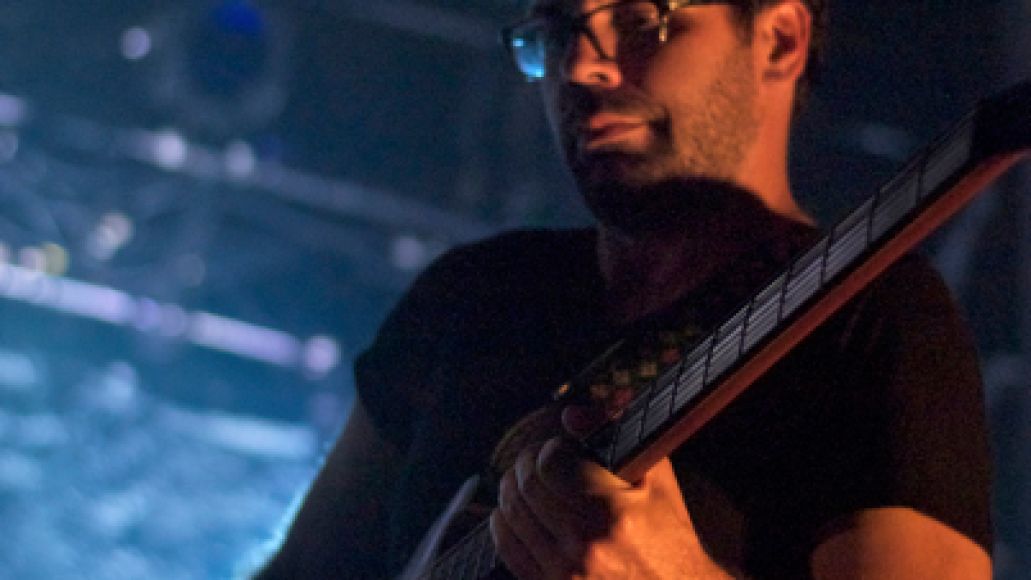 Give equal credit to other five Choir members, who became very easy to ignore behind the big emotive man up front, simply because of how effortlessly they lay down such deeply complex songs. It’s not so hard to see why Vernon has called Collection of Colonies of Bees (which the other Choir member comprise) his “favorite” band when watching guitarist Dan Spack casually play a part like the squiggling guitar line of “Island, IS” without a hitch.

As for the audience, they were impressively prepared, singing along with almost every big, memorable (and audible) lyric on an album that’s been out for less than a week – especially “With enough kief/ You could really bore someone” from “Byegone”. Not to mention selling out a venue without any mention of Justin Vernon or Bon Iver on the bill. They did close their main set with their debut album highlight “Still”, which most know better in its alternate version as the Bon Iver song “Woods”, or even the Kanye West song based on that, “Lost in the World”. But given such big shadows to have to work under, Volcano Choir have taken some big first steps towards making a name for themselves.