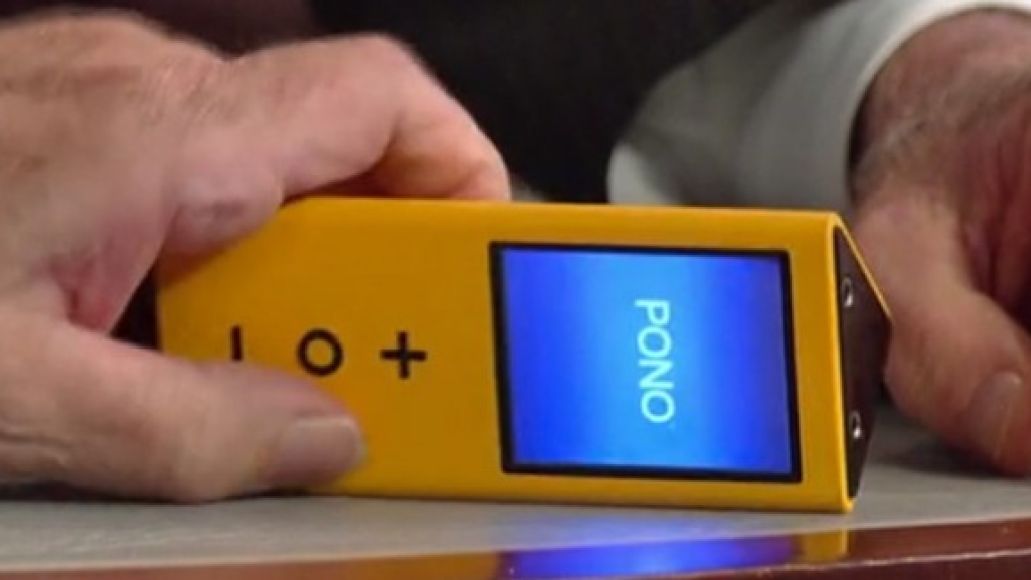 For the last several years Neil Young been working on a digital music service called PONO, which he says will enhance the quality and compression of MP3s. As announced this week on PONO’s Facebook page, consumers will finally get their hands on the new format come early next year.

“The simplest way to describe what we’ve accomplished,” Young says in the post, “is that we’ve liberated the music of the artist from the digital file and restored it to its original artistic quality – as it was in the studio.”

Essentially, PONO takes music straight from “artist-approved” master recordings and has their partners, Meridian, format them in a way that maintains studio quality. No more highly-compressed MP3s, and no more quality loss, giving the songs “primal power.” (Well, that’s the pitch anyway).

In order to make PonoMusic as “accessible as any music you buy and listen to today,” PONO will launch a portable play (a version of which is shown above), complete with an online library “with all your favorite music.”

No word yet on when exactly these products will hit market, but we’ll be sure to let you know. Meanwhile, Apple better gird their loins.