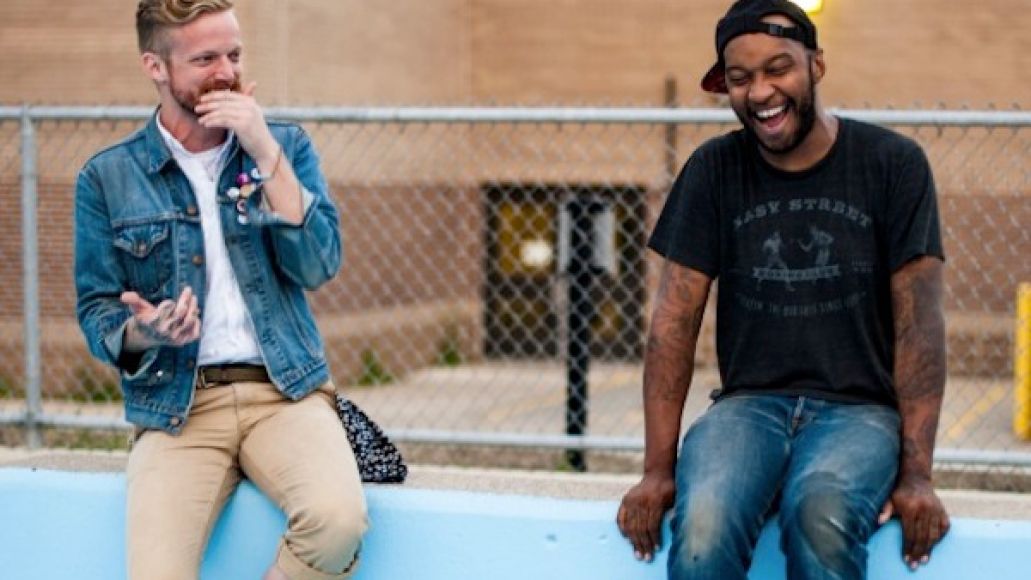 Minneapolis-based rappers P.O.S. and Astronautalis have been making music and playing together as Four Fists for the past few years, but have never officially released material under the moniker. That is, until now: On October 8th, Doomtree Records will issue Four Fists’ debut, a limited-edition 7″ featuring two new songs: “Please Go” and “MMMMMHMMMMM” (that’s 10 M’s). Both tracks were produced while the emcees were snowed in during a particularly harsh Minnesota winter.

Per a press release: “In these songs, listeners will hear the rappers’ usual sharpness and a nod to traditional notions of hip-hop collaborations, but their noir approach yields an entirely new sound: dark choral layers and punk rock gang vocals create a sense of impending doom.”

Pre-orders for the vinyl are ongoing. It follows P.O.S.’s 2012 album We Don’t Even Live Here and Astronautalis’ excellent 2011 album This Is Our Science.