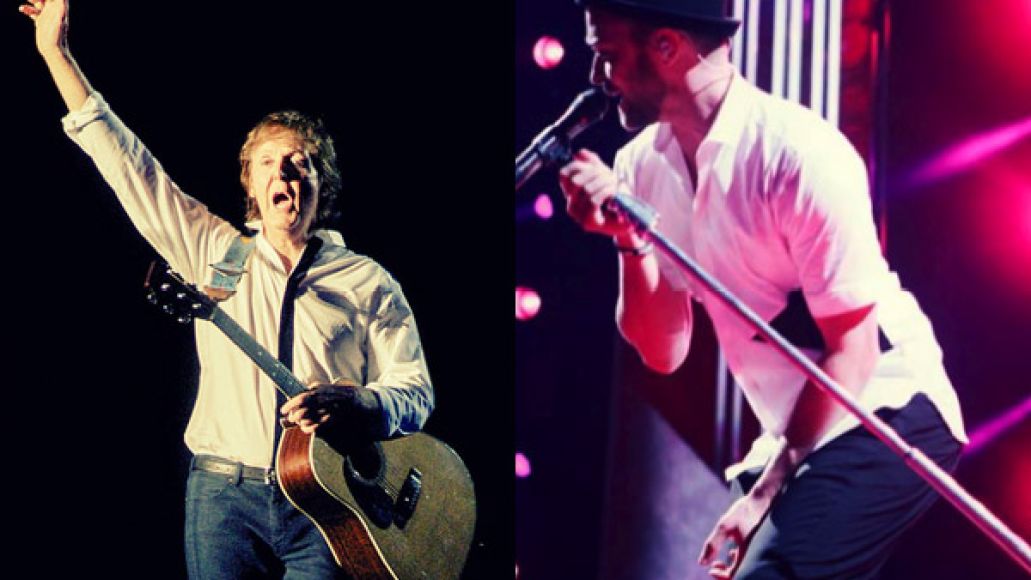 Jimmy Kimmel Live! has scored a serious late-night coup by snagging Paul McCartney and Justin Timberlake to open the program’s fall season. Live! will block off a quarter-mile of Hollywood Boulevard between Highland and Sycamore Aves on September 23rd and 24th for free (!!) concerts from the former Beatle and ‘N Sync-er, respectively.

Each artists will sit down to chat with Kimmel prior to their performances. While Sir Paul will likely display some New tunes, Timberlake’s performance promises to preview his upcoming The 20/20 Experience Pt. 2. Both concerts will be streamed live via JKL‘s partnership with the revamped MySpace, and the shows will be available immediately following their West Coast airings. Feel free to go ahead and bookmark JKL’s MySpace now.

In a vaguely ironic move, Lexus will be sponsoring the Timberlake concert – ironic because any Hollywood-type driving their Lexus around the Boulevard those two nights is gonna be pissed.

McCartney’s New is due October 15th, and The 20/20 Experience Pt. 2 is out September 30th. Below, watch McCartney’s “ipromptu” performance of “New” followed by Timberlake’s video for “Take Back the Night”.