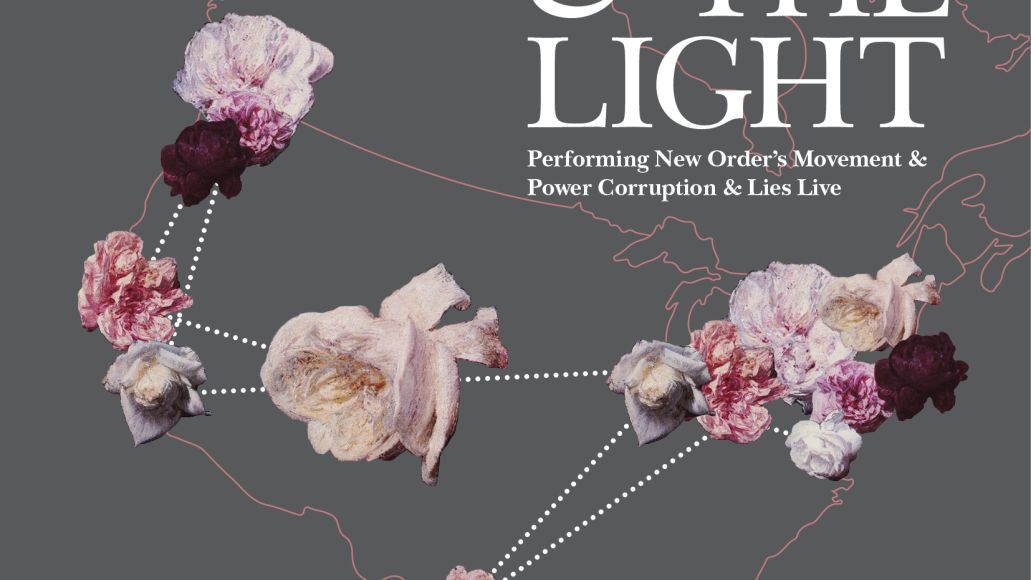 This year, Consequence of Sound partnered up with our friends at Riot Fest to highlight their exceptional lineups, the remainder of which includes Chicago, IL (Sept. 13-15), and Denver, CO (Sept. 20-22). We’ve decided to offer a twist on our latest feature, the Top Five. Normally, we’d ask our favorite artists to create a list of five things revolving around anything that comes to their mind, but in light of the festival we asked for their Top Five Riotous Moments. Get it? Do you get it?

This week’s Top 5 turns the keyboard over to former Joy Division and New Order bassist Peter Hook, who will appear at this weekend’s Riot Fest Chicago for an exclusive Joy Division set. The date is part of his North American tour with The Light, which kicks off tomorrow at Boston’s Paradise Rock Club. Together, they’ll perform New Order’s first two albums — 1981’s Movement and 1983’s Power, Corruption & Lies – in full.

In addition to Hook’s Top 5,  he’s also put together an accompanying playlist he’s dubbed, “Today, Tomorrow, Yesterday”, complete with liner notes. Check it all out below.

01. First Glastonbury Appearance – June 1981 – Glastonbury back then was so different than it is today. It was basically a bunch of tents in a field and people could walk in and out as they wished. It still had very hippie vibes to it and we were in that Eighties Thatcherite era so in a way I found it quite incongruous that we should be there but it was great, great fun to play and considering Hawkwind were one of my favourite groups, to support them was fantastic.

02. First Riot – Derby Town Hall – April 1980 – This was our first proper riot at a gig as Joy Division. We had a few skirmishes at a gig at The Factory prior to that, but this was the first full on riot that we had. The excitement of your first riot at a gig is palpable, and even though this one started very unfortunately because Ian [Curtis] was ill, the excitement of fighting not only for your life but for your band is an experience that is second to none, fighting for your group. 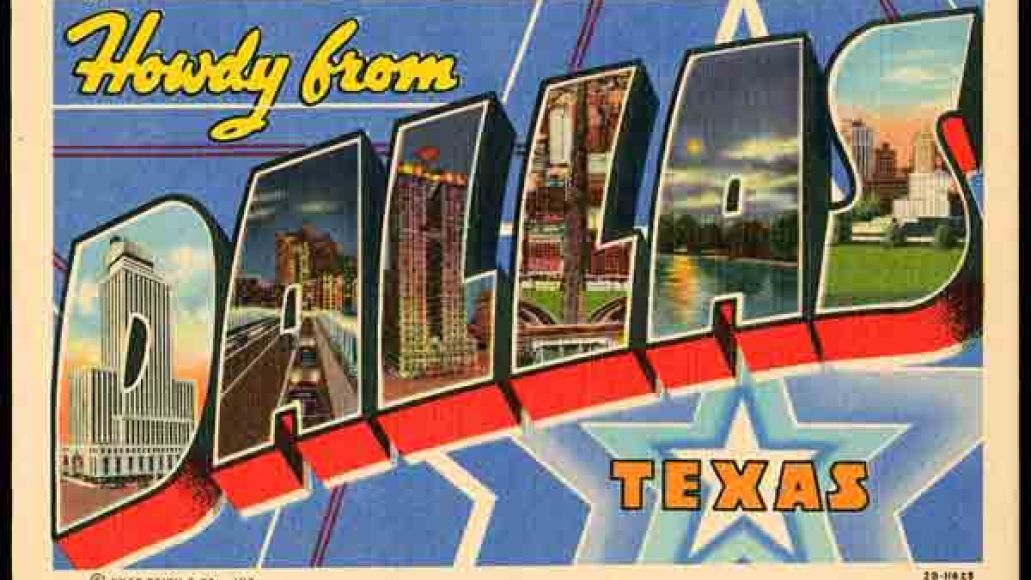 03. First Near Miss In An Airplane – July 1983 – When we were touring the US as New Order, we landed in Dallas in 1983 and just as the wheels touched down the pilot decided to take off again. It was a very sobering moment and made you realize that the ease with which we travel round the world comes at a cost and with danger.

04. Setting fire to my bass at Glastonbury – June 1987 – This was our second time at Glastonbury and we were headlining. I’d watched Jimi Hendrix on stage at Monterey and watched him set his guitar alight with lighter fluid so I bought some lighter fluid and tried to set my guitar on fire. It was really windy so it kept blowing the vapors off and unfortunately it’s the vapors that burn and everybody was just absolutely pissing themselves laughing at me. It wouldn’t light, everytime you doused it in lighter fluid it just blew away. Highly embarrassing. 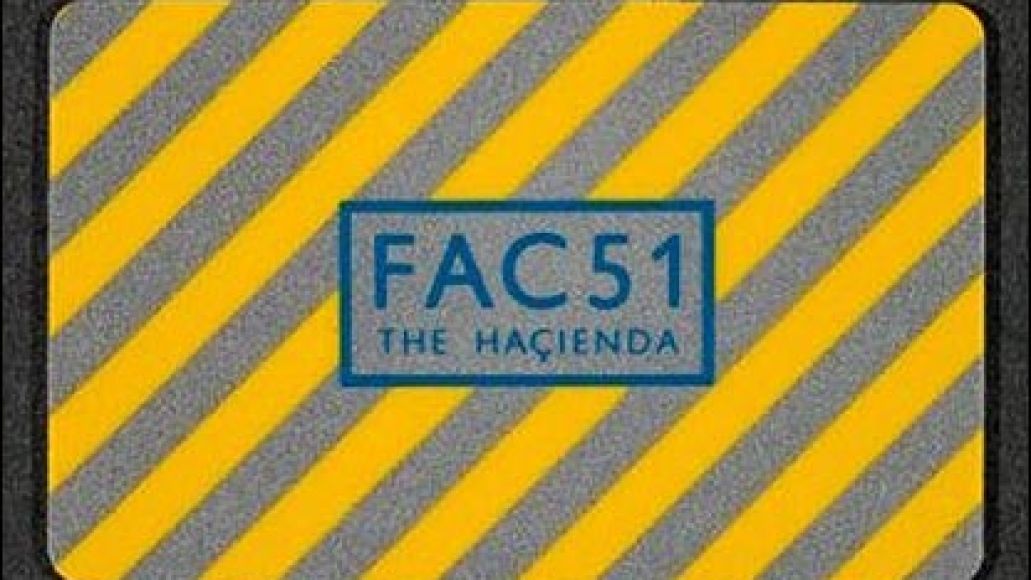 05. Smuggling the drugs in for all my mates at The Hacienda on New Years Eve 1993 – The bouncers were having a crack down on people bringing drugs into The Hacienda because they had people selling them inside, and all my mates were getting them taken off them so in the end they said you’re going to have to bring them in for us. We all had to go to the car and they all had to pile over all their drugs to me so that I could take them into my own club to give to my mates. I found that quite bizarre.

It’s a great song by a great band. I like The Vaccines, they seem cheeky and have a lot of style and attitude. It’s good to see a normal, well what I consider normal, band coming through and making waves again. They seem to be having a lot of success and climbing up the bills on the live and festival circuits and I hope it continues for them.

“Lust for Life” is an absolute classic track by one of my absolute favorite artists ever. I had the chance to meet him once but turned it down as I thought it would ruin my Iggy fandom — never meet your heroes they say. The track became a standard and it was one of those we tried to rip off, first as Joy Division and then as New Order. It’s one of those records that appears very simple but when you try and take it apart, you find it’s actually insanely complicated. It’s a wonderful, upbeat classic that still symbolizes rebellion which will likely outlast all of us.

“Pale Blue Eyes” is such a beautiful, delicate love song and being sung by Nico makes it even more special. Nico was a wonderful pairing with the Velvet Underground and later on, towards the Eighties, she came to the UK and lived with Salford Poet John Cooper Clarke and Alan Wise in London and Manchester. She even did her final ever gig at The Hacienda so there’s a bit of mutual history there as well.

It’s one of the proper balls out Seventies rock tracks and I remember seeing Woodstock and being inspired by it. I was very much immersed in that era as a kid and it was only later that I saw Easy Rider. They had two great tracks on the soundtrack to that movie — “Born To Be Wild” and “The Pusher”, both of which are superb tracks.

Golden Earring are a great Dutch band which isn’t all that common when you think about it. ”Radar Love” is one of their best tracks to my mind and has the most wonderful drop in the middle of the song. It’s a real driving tune, it’s one that you can imagine yourself driving through the desert to with the top down. It’s very evocative and subtly suggestive.

My mate introduced me to this when we used to bunk out of school at lunchtime to go and listen to this at his house. His ambition was to jump through his living room window while listening to “Paranoid” and halfway through the song he would get up and throw himself at the window. Luckily for him, not only was it the ground floor but he never managed to get through it. Thankfully. The things that boys do for amusement when they’re 12.

White Lies were compared to Joy Division which got me interested and when I heard this I have to admit I thought it was a very good track. As The Light, we played with them in Portugal and they were very good live although ironically the lead singer kept looking over his shoulder watching me watching them.

Again another band who were heavily compared to Joy Division, but to me, they’re a lot more lyrically graphic than Joy Division ever were. They’re more straightforward than Ian, who lyrically was much more enigmatic. That aside, this is a great single.

Local band made good, what more can you ask for? It took them a long while though which is a lesson to any band nowadays. They got dropped by their labels twice and this was one of the first tracks that came out with Fiction, who seem to have really backed them. The band are all very nice fellas and I sat in doing Guy’s radio show the other week for BBC Radio 6 Music which was an experience, so I’m delighted to see them doing so well.

This was one of the first tracks that crossed punk and rock for me and the development in the music was very interesting. It has an immense build up to a great song and it’s little known that they stole our drummer from Joy Division before Stephen joined. Again, it was an early track that we tried to rip off to no success as it happens.