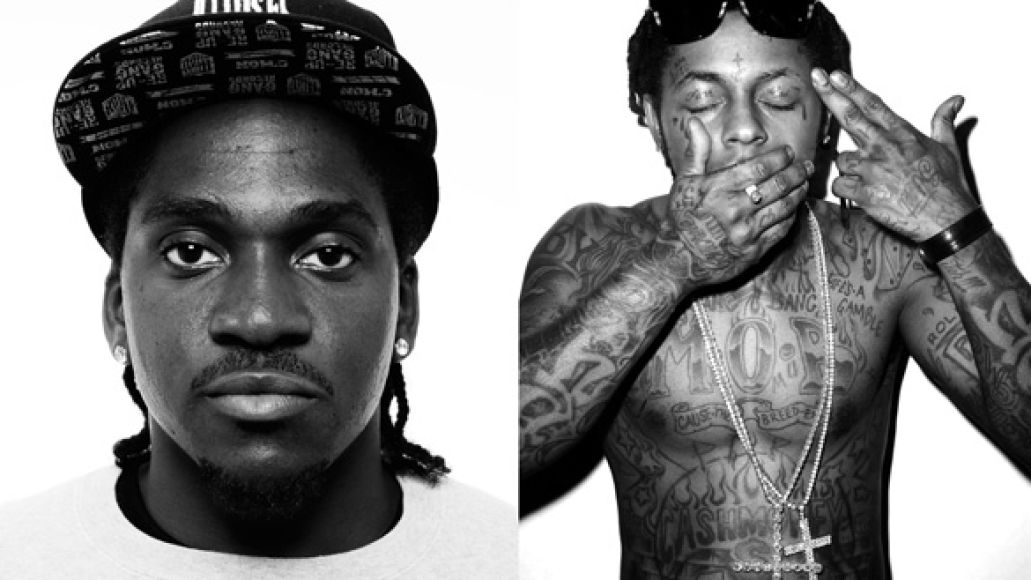 Pusha T and Lil Wayne have been at war for the last half decade, taking subliminal and not-so-subliminal shots at one another in songs, interviews, and even magazine covers. Though Pusha attempted to make peace with Wayne back in 2011, their beef was reignited a year later with the release of Pusha’s diss track “Exodous 23:1”. Wayne famously responded on Twitter, writing “Fuk pusha t and anybody that love em,” and then dropped his own musical dids in “Goulish”.

In December of 2012, Pusha T took another shot at Wayne during a guest spot on Ludacris’ “Tell Me What They Mad For”, and during a March 2013 interview, Pusha responded to a question about Wayne’s health problems by saying, “Did they do like a candlelight vigil or anything? Oh, so it wasn’t important right?”

While Lil Wayne failed to address the beef with his latest release, Dedication 5, Pusha T has shared his review of the mixtape, and not surprisingly, it’s unflattering. Taking to Twitter mere hours after the mixtape’s overnight release, Pusha wrote, “I think it’s safe to say, you really lost it…”

We can probably expect to hear more of Pusha’s thoughts on Lil Wayne when his long-awaited solo debut, My Name Is My Name, surfaces on October 8th. Incidentally, the album will be released by Kanye West’s G.O.O.D. Music, and Pusha’s boss recently referred to Wayne as “the no. 1 rapper in the world.” Wayne himself gave Kanye a nod on Dedication 5 by rapping over the Yeezus track “New Slaves. Pusha’s take on their relationship? “Me and Kanye have a difference in taste. It is okay. He can have that as an opinion,” he said in an interview earlier this year.

Pusha T reignites beef with Lil Wayne: "I think it's safe to say, you really lost it..."