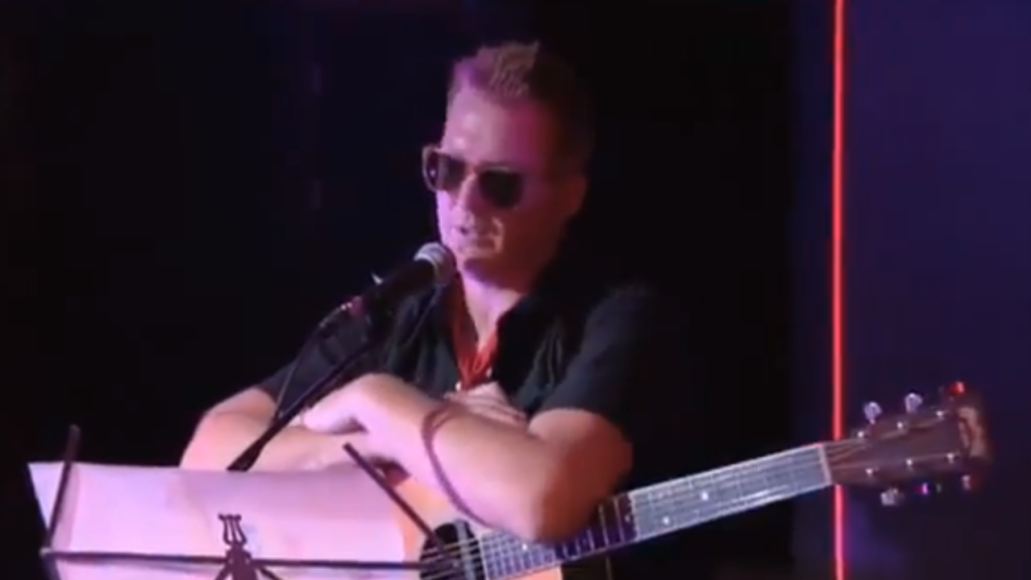 Today Queens of the Stone Age made a trip to the BBC Radio 1 Live Lounge, a venue where bands are often asked to cover other bands. Last time Josh Homme and Co. were there, they went all Robin Thicke on us and covered “Blurred Lines”. This time, however, they kept it in-family with a rendition “Why’d You Only Call Me When You’re High?”, the new single by their pals Arctic Monkeys. Don’t get too hyped, because it definitely seems like Josh hit the studio no less than five minutes after rolling out of bed, but still: Queens of the Stone Age meets Arctic Monkeys, booyah!

Of course, Josh appeared on Arctic Monkeys’ new album, AM, due out September 10th via Domino Records. And Arctic Monkeys frontman Alex Turner sang on the new Queens album, …Like Clockwork, which still kicks as much ass three months later.

Queens of the Stone Age cover Arctic Monkeys' "Why'd You Only Call Me When You're High?"