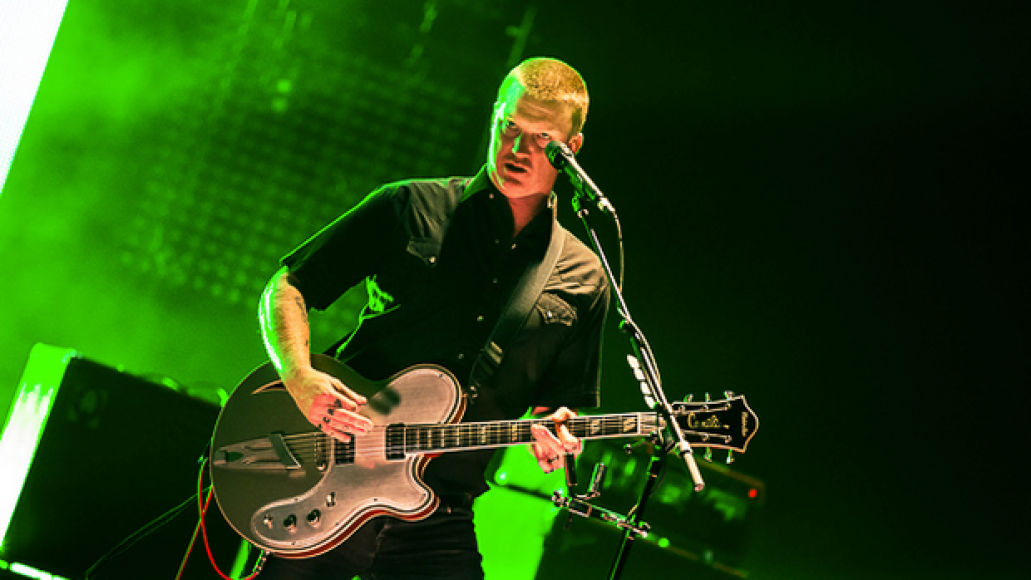 As recounted in my recap of last month’s Made in America Festival, Queens of the Stone Age were visibly and vocally frustrated at security’s treatment of fans during their set. “Hey, security!” Josh Homme called out in the middle of “Make It Wit Chu”. “Knock it off, man! This is Philadelphia, they know how to have a good time! Just fuck off, man.”

Turns out Homme’s headbutting with security began backstage much earlier in the night. He and fellow QOTSA member Dean Fertita recently visited CBC Radio 2’s Strombo Show to discuss …Like Clockwork and the band’s place in the current music landscape. The conversation turned to how the band feels like they don’t belong out in “festival land,” and that’s where Homme took aim at Jay Z and his fest.

“Like Made in America, Jay Z? That guy’s a kook.” Yeah, Josh Homme called Jigga Man a kook. But not without reason. “He has security like, frisking the bands on the way in… no one’s ever done that.” Homme responded to security by threatening, “If you open up my bag, I’m not playing.”

Homme added that Jay gave the band a bottle of his champagne (likely Armand de Brignac Brut Gold) and asked for a picture. “I was like, that’s not a gift, that’s a marketing tool. I destroyed it, because I thought it was rude overall. And you shouldn’t frisk my guys; you should fuck off.”

You can replay the full episode of Strombo Show, including Homme’s interview, below. Skip to the 1:40:05 mark for the beginning of the talk (which is interesting beyond the Jay Z remarks), and jump to 1:55:09 to cut right to the Made in America comments. Oh, and around 2:16:19 Strombo says, “But you’re right, no one ever says anything about Jay Z.” “Well, I just did.” He then requests “Shake Appeal” by the Stooges.

Photo, above, by Debi Del Grande

Someone actually hates Jay Z, and his name is Josh Homme