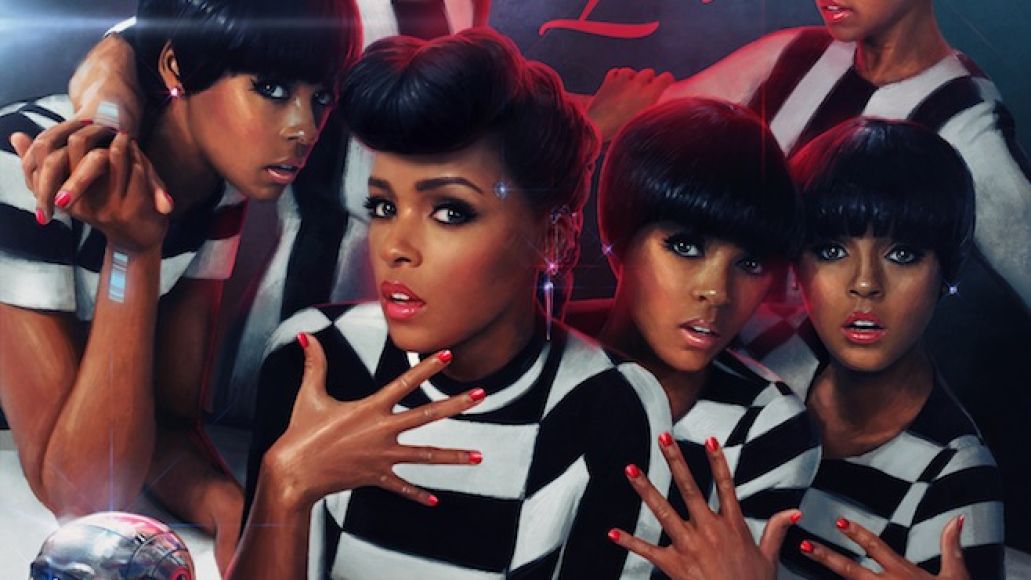 Janelle Monáe’s highly-anticipated sophomore album, The Electric Lady, is now streaming one week ahead of its official release date (September 10th via Bad Boy/Wondaland/Atlantic). Take a listen below (via VH1).

A two-disc deluxe edition will also be available exclusively at Target. It comes with alternate artwork and four bonus tracks, including one with Cee-Lo Green and Big Boi.

Monáe spoke extensively on the inspiration behind The Electric Lady (via Jet):

The title was inspired by my paintings. I’d paint and sing at the same time. When I was on tour last year and the year before, I was painting and singing in front of thousands of people. So I would paint this female silhouette night after night and I didn’t quite understand why I was so drawn to this image, this silhouette.

I knew that whoever she was, she didn’t want to be marginalized. You could not put her in a fence or categorize her. She was so much bigger than that, you know. I just felt an energy, a very visceral feeling of energy from her, so the words came to my spirit: The Electric Lady…because that’s what it felt like when I looked at her and thought of the colors and the vibrant colors and how it made me feel. There was electricity. It was electric and she was electric.

And that made me think about a world where there were more electric ladies who transcended size and color and these were just women…a new breed of woman, a new 21st-century woman. And it made me think, what does The Electric Lady think about love? What doe she think about politics, sexuality, religion, community and that helped me write my entire album.

Pre-orders for the album are ongoing. Below, watch the video for “Dance Apocalyptic”: