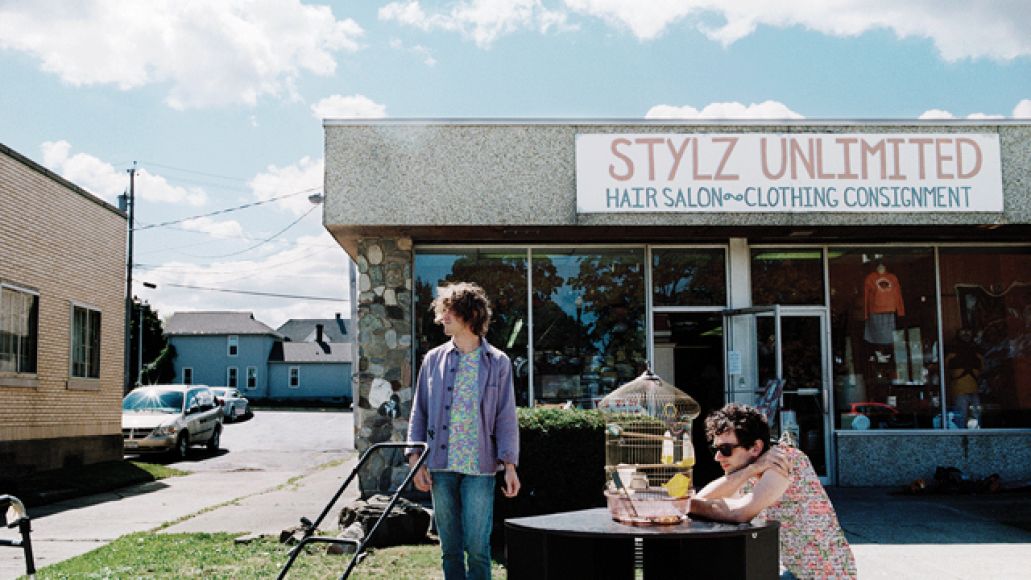 MGMT is streaming its self-titled third album in full one week ahead of its release date (September 17th via Columbia Records). Take a listen below via Rdio.

Described by Rolling Stone as the band’s “most experimental LP yet – electronic music that’s definitely not meant for dancing,” MGMT was recorded in Upstate New York with producer Dave Fridmann (The Flaming Lips, Mercury Rev) over the course of several long sessions stretching several weeks. “Weird things would happen to me up there,” singer Andrew VanWyngarden said. “I had total mental breakdowns sometimes.”

In further describing the album’s experimental scope, VanWyngarden added, “I don’t even know if it’s music we would want to listen to. It’s just what’s coming out of us. We didn’t make a single compromise.” Influences included Aphex Twin and ’90s house music.

The album will be accompanied by The Optimizer, “unique visual elements to accompany and illustrate the new music”, which provide listeners of the album “with a simultaneous aural and optical listening experience featuring video and CGI work.” Update: You can get an early preview of The Optimizer at Rdio.

Pre-orders for the album are ongoing. Below, watch the music video for lead single “Your Life Is a Lie”: