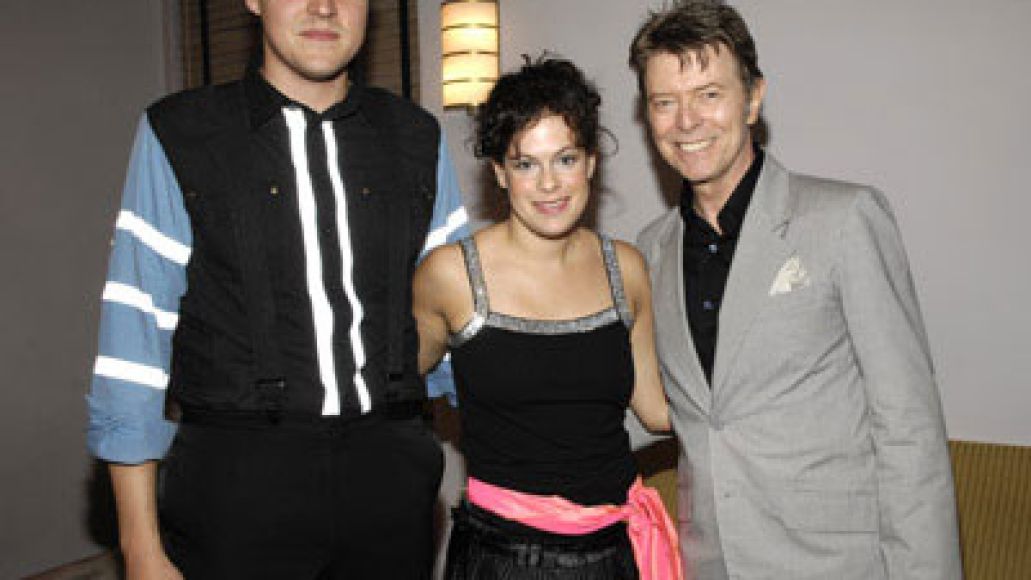 Somehow, someway, the hype for Arcade Fire’s new album manages to grow bigger and bigger by the day. Today, a report in The Sun claims that David Bowie will continue his musical comeback by making an appearance on AF’s fourth studio album. The paper adds that Bowie joined the band and producer James Murphy for a session at New York’s Electric Lady Studios, and Earth didn’t explode.

Now before you get too hyped, do remember that The Sun is basically England’s equivalent to The National Enquirer. But when it comes to its music coverage, the paper has broken a number of stories over the years, including headlining appearances by The Rolling Stones and U2 at Glastonbury, as well as The Libertines’ 2010 reunion and the collaboration between Murphy, Andre 3000, and Gorillaz.

Add in the fact Bowie is a self-proclaimed Arcade Fire diehard, and previously shared the stage with the band in 2005, and it’s not totally outlandish to consider this Bowie-Arcade Fire collaboration believable. Update: The band’s publicist “can neither confirm or deny” this rumor.

What we do know for sure: On Monday, a new Arcade Fire single titled “Reflektor” will be released along with a video directed by Anton Corbijn. The single will also be available on 12″ vinyl at select record stores around the country (and sports some pretty awesome artwork). Meanwhile, Arcade Fire’s new album will be released on October 29th via Merge.

Below, watch Bowie and Arcade Fire performing “Wake Up” in 2005.