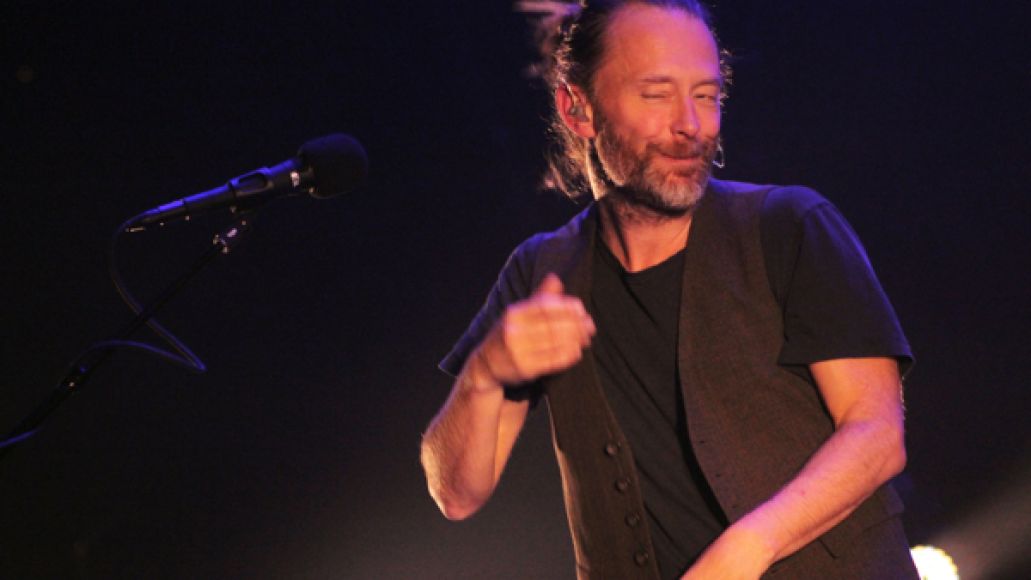 “I’m Justin Bieber,” quipped Thom Yorke, before gesturing to the man on his left, Flea. “And this is…Justin Bieber.” This was the extent of the band’s introductions at last night’s Atoms For Peace concert at Brooklyn’s cavernous Barclays Center. Yet also a good indication of what this project represents for Yorke: a chance to cut loose, and a welcome respite from the (at times) stifling severity his other band warrants. The lanky frontman soaked up every second, gleefully flailing his arms and greeting the crowd with a big, goofy “Wassssup?!” It helps that he’s palling around with a guy who’s perhaps best known for this.

The near-capacity crowd at Barclays responded accordingly: arms aloft, sway-dancing, shrieking, and hollering. Simply put, Yorke’s co-conspirators — the aforementioned Flea, famed Radiohead producer Nigel Godrich, esteemed session drummer Joey Waronker, and percussion virtuoso Mauro Refosco — rock, injecting irresistible rhythmic life into these songs. Flea, in particular, is a joy to watch, bounding from one side of the stage to the other with the alacrity of a toddler, and hearing him crush the outro to “Harrowdown Hill” was one of the show’s highlights. Hell, the Chili Peppers bassist even made the melodica look cool (as he did on “Skip Divided”). 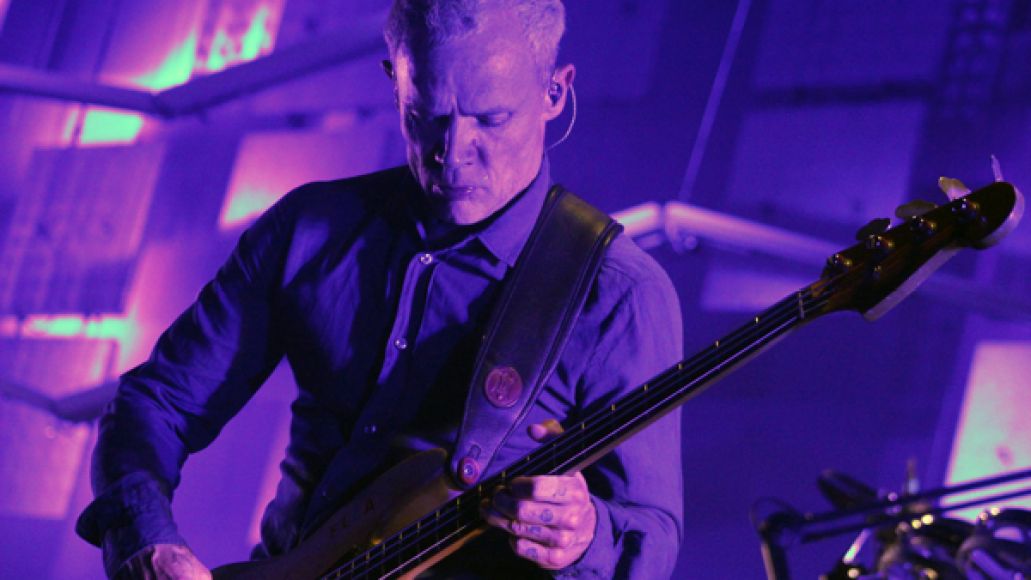 Together, these five covered a significant amount of musical ground over the course of the night’s 90 odd minutes. In addition to just about everything from Amok and 2006’s The Eraser, Yorke also utilized the first encore (of two) to bust out some rarities, including Radiohead B-side “Paperbag Writer”, a jammy rendition of rare single “Feeling Pulled Apart by Horses”, and, most impressively, his 1998 collaboration with U.N.K.L.E., “Rabbit in Your Headlights” (if you’ve never seen its music video, fix that immediately). Performed live, the typical Atoms For Peace song starts relatively simple and gradually explodes with color, texture, and rhythm, and it was the same with the scintillating light-show, a frenzy of zig-zagging lines and pulsating fields that could go calm and serene during the more intimate moments.

Put together, it was an odd balancing act that didn’t look like one because it was so seamlessly executed. It also, in some ways, felt like a more authentic experience than a Radiohead concert might, at least in that a universally adored and critically lionized man ought to appear as if he’s having fun commanding a rapt crowd of thousands. (Even if his lyrics suggest he’s anything but deluded.) Ideally, for Yorke, Atoms For Peace will continue to provide the yang to Radiohead’s yin, part of a creative cycle of tension and release that yields masterful work on both ends.

While Atoms For Peace had no trouble holding down the arena, opener James Holden went over surprisingly well in the massive space, particularly for a two-man operation dishing out instrumental electronic music. Radiohead have a history of booking adventurous openers, and it’s good to see this tradition continue with Yorke’s other projects. Holden’s presence also served to place Yorke in a broader context, as a key link between the murky electronic underground vanguard and the grander gestures of arena-friendly pop and rock. If Yorke can get a few ignorant kids hopped up on the possibilities of music outside their comfort zone — or get a few hardened cynics out to an arena show — the world of music is better off for it. 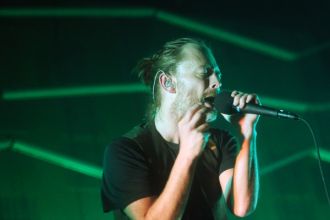 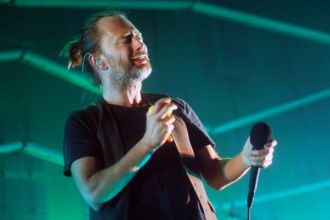 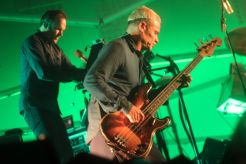 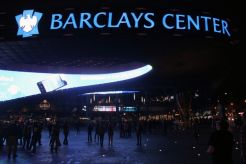 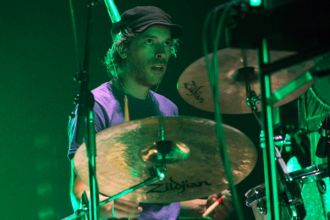 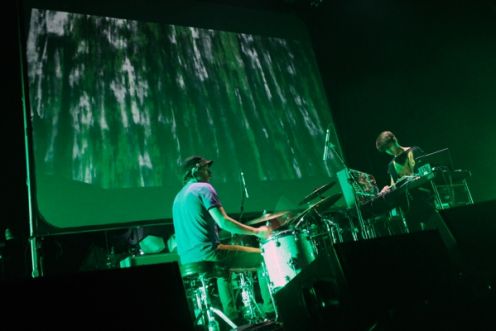