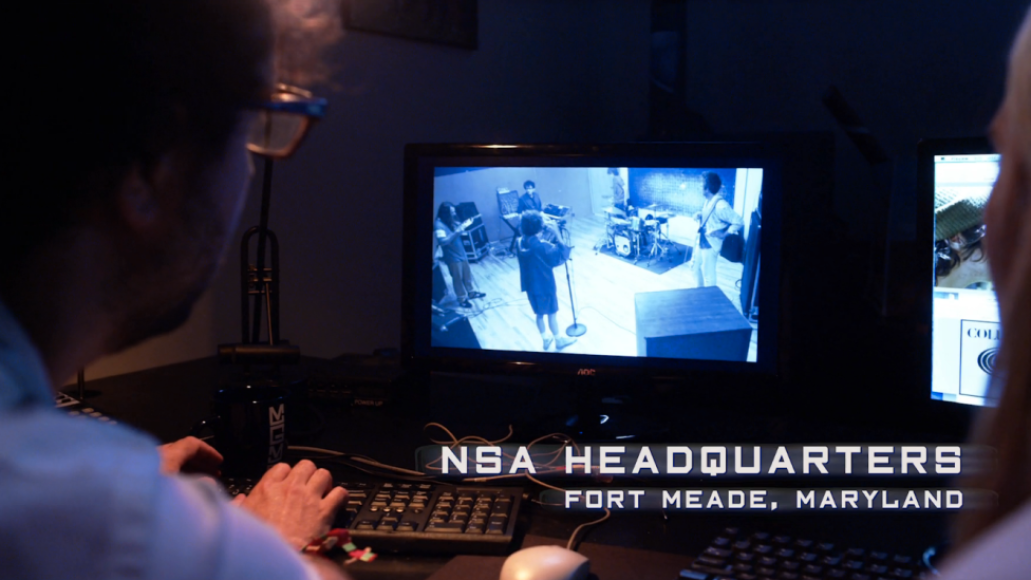 Even MGMT have admitted their music isn’t for everyone (including themselves), but holy spaceballs how can anyone hate on the six-minute trailer for MGMT the album? Scene: Andrew VanWyngarden wakes up, is greeted by a possum in the bathroom. Joins rest of the band at their practice space, which is bugged by the NSA, because of course. Another sort of bug, not the kind from the NSA, has implanted itself inside the band’s speaker, to which the NSA proclaims in horror, “The reptoids have heard the new MGMT album… They know how good it is!” Then the aliens come — and, well, if you haven’t already clicked “play” in the video below, just go ahead and do so now.

The trailer also includes a number of new songs from MGMT, including “Cool Song No. 2”, “Mystery Disease”, “I Love You Too, Death”, “Introspection”, “Your Life is a Life”, and “A Good Sadness”.

MGMT the album arrives September 17th via Columbia. If you want a copy, it’s already available for pre-order.