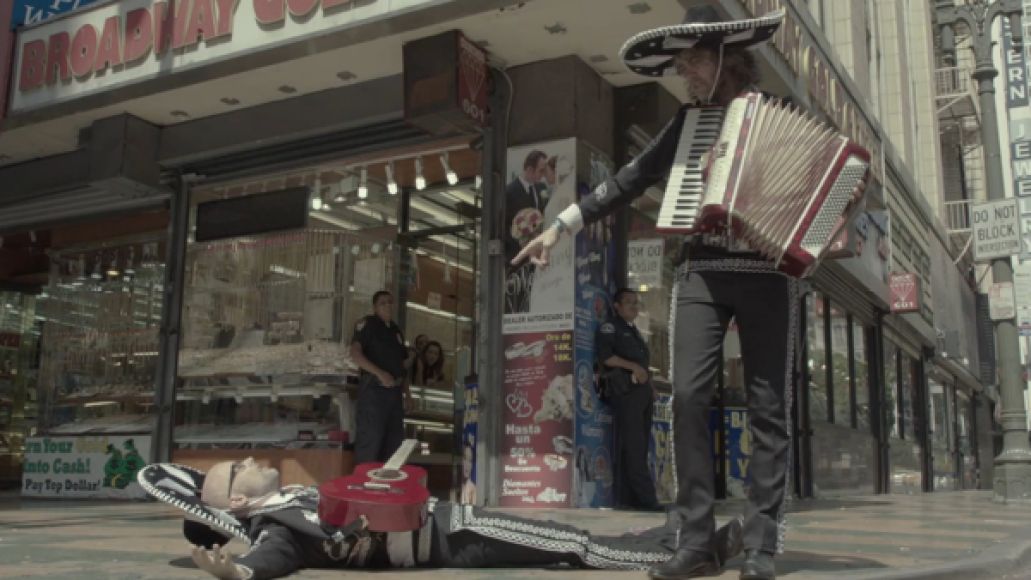 Last month, Moby put out a casting call for a video to accompany his new single “The Perfect Life”, a collaboration with The Flaming Lips’ Wayne Coyne set to appear on his upcoming 11th studio album, Innocents. Among the upstanding collection of citizens Moby was hoping to recruit? Eight rollerskating ghosts, a 12-member Goth choir, two “obese bearded bikers in red speedos.” and, of course, an “S&M gimp rhythmic gymnast”, because who doesn’t need one of those?!

With such an, er, intriguing cross-section of humanity, the final product turns out just as expected: uber weird. It’s like a joke come to life: Coyne and Moby walk into a bar dressed as mariachis… Heard that one? No? Catch it below, courtesy of Rolling Stone.