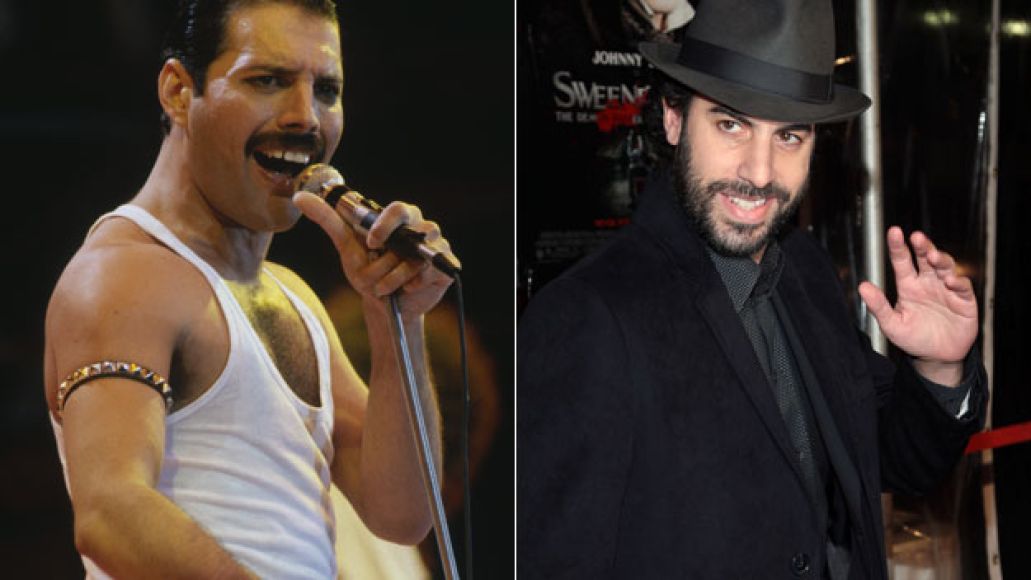 Looks as if we weren’t the only ones who thought Sacha Baron Cohen was the only man fit to play Freddie Mercury. Attached to the role for three years, Cohen recently left the biopic over disagreements with Queen about the film’s direction and tone. Now as Hidden Track points out, it seems his departure has left the film all dead, all dead.

Screenwriter Peter Morgan – the one guy Cohen brought on board the film whom the band members approved – told the BBC that the film is now “probably not going to happen.” The quote comes from a recent Tweet by the broadcast network.

So, that sucks. But hey, if Firefly could lead to Serenity, Family Guy is still on the air, and Veronica Mars can raise over five million dollars, well I suppose there’s always hope. In the meantime, Mercury fans can look forward to a different kind of movie release – a tribute concert DVD – and unreleased duets with Michael Jackson.