Having already braved the elements a few months ago during An Evening with Pearl Jam at Wrigley Field, Consequence of Sound’s Matt Melis recently sat down in equally friendly confines with staff writers Justin Gerber and Ryan Bray to chat about the band’s new record, Lightning Bolt.

Matt Melis: Pearl Jam is one of those bands you feel married to as a fan. It’s a long-term relationship that has its ups and downs over the years. So, in that sense, what’s your relationship been like with them?

Justin Gerber: I’m so old that I remember having Ten and Vs. on cassette tape. So, I’ve been a fan since the beginning—since “Alive”, “Jeremy”, when those singles were first released. And I kinda fell away from them around the turn of the century. But I came back with Backspacer, which I actually enjoyed a lot.

Ryan Bray: I’m like a bastard child of alternative music. That image of Krist Novoselic tossing his bass up in the air and getting clunked on the head is maybe my earliest musical memory, and that’s followed by Pearl Jam playing “Rockin’ in the Free World” with Neil Young at the Video Music Awards.

As for the later stuff, I feel it falls into this trapping that iconic bands of Pearl Jam’s ilk get caught up in. They were the de facto band of the ‘90s, so they’re always gonna be kinda fairly or unfairly defined by three or four records. I think that maybe does a disservice to some of the later records. There’s this huge shadow that’s bound to eclipse everything they’ve done really in the last 10 or 12 years.

MM: Ten was one of the first albums I ever bought. It was also one of the first records I ever wore out and had to buy again. Yield, for me, was the best of times, and I fell in love with it all over again when they played the hell out of it at Wrigley. More recently, Pearl Jam never grew on me, not like No Code and Binaural eventually did. But everything about Backspacer worked for me, which had me anticipating this record as much as any other album this year.

So, what struck you guys about Lightning Bolt?

JG: For me, I’ve kinda accepted the fact that Pearl Jam may never have a great, classic album again. And I’m fine with that. The fact that they’ve been around for over two decades… if they can still put out just a good album and tour behind that album and I can see them live without having to worry about the new tracks. That’s all I’m asking for from Pearl Jam at this point. I don’t want to sound like I’m belittling the band, but if I can get a good record out of a band that has now had 10 releases, I’m satisfied with that. Overall, I enjoyed Lightning Bolt.

RB: I think there are hits and misses on Lightning Bolt. But again, as I listened, I kept asking myself the same question: “Am I going to replay this over and over? In 10 or 15 years, will I be talking about Lightning Bolt the way I talk about Ten, Vs., or Vitalogy?” And the answer is no. Maybe that’s not a fair critique. But they’ve already met their burden of proof. They’re still relevant and making records that are worth talking about like we are now.

MM: I was primed for this record. I liked everything I heard before I sat down to review: “Mind Your Manners”, “Lightning Bolt” at Wrigley, and “Sirens”. But there wasn’t much more there for me beyond those. It wasn’t packing 1.21 giggawatts. It was less like a lightning bolt and more like that little zap you get if you test a AAA battery with the tip of your tongue. I just can’t find much here that I need to listen to again or would be calling out for at a show. Maybe “Sirens” as a cool down.

JG: Pretty much everyone loved the all-out rock of “Mind Your Manners”. “Sirens” has been more polarizing; it’s got an older feel to it. But if you can get behind “Sirens”, then you’ll probably get behind the last third of the album easier. In terms of songs that snuck up on me, I really liked “Getaway”, the lead track. That could be a great live opener one day.

RB: That is a classic track one.

JG:  It’s like, “Here we are. We’re still around.” Eddie Vedder is 48 years old, but he can still get up there with the best of them. I also really liked “Pendulum”, which is this kinda weird track that wouldn’t be out of place on No Code. They can still mess around with the formula a bit, and I appreciate that.

RB: “Getaway” hooked me in, and “Mind Your Manners” had that punkier, scrappier, juvenile sorta edge to it that I liked. Songs in the middle, like “Pendulum”, are where they lost me a little bit. I have so much time invested in learning and understanding who Pearl Jam are. When they move kinda haphazardly outside of that, I just couldn’t get into it. I almost wanted to click, but I fought through it.

“Let the Records Play” was another misstep. They’re getting into this swamp blues sorta thing, and I’m not quite sure why.

JG: I don’t mind Pearl Jam playing the blues, but it sounds like Pearl Jam trying to play the blues, and it came off weak to me. I’ve also been hearing about how much people have enjoyed “Infallible”, but all I can think of is that Shawn Colvin song “Sunny Came Home”, the beginning guitar part. That’s all I can hear in my head when I listen to “Infallible”, and I do not like it at all.

RB: It’s hit and miss. You’ll remember the things you like, and it’s easy to write off the things you don’t. But as someone who has always been a fan of some of the more tempered stuff they do—off Yield or Binaural—I really liked “Yellow Moon”. “Sirens”, I could definitely see that as something that gets integrated into the live set and becomes an anthemic kind of thing.

MM: Ditto on the opening tracks. Cameron and McCready are gods. It’s fast and aggressive, and I’m right in there. And I love that final sprint to the end on “Lightning Bolt”, but it tapers off really quickly. To me, it’s almost half an album. That first handful of tracks got me primed for something to knock me on my ass, and it just never happens. And I think songs like the gorgeous send-off “Future Days” or Vedder’s “Sleeping by Myself”, which could’ve been a cool aside, suffer for it. The album loses me before I ever get to them. That back half is far too polite. The band minds their manners to the point of boredom.

JG: There’s definitely a deliberate sequencing to it. The first three songs are easily the hardest on the record, and by the end it becomes this mellower thing, for better or worse.

RB: It’s the curse of the single. A single almost always leads you to read into it and try to extrapolate too much in terms of the direction that record’s gonna take. “Mind Your Manners” was a shock to my system. They sounded more energized than they have in a long time. Maybe the album, to a certain extent, falls prey to that. It goes out with a whimper, and I’m not down on a more subdued sound. It’s just they lead you in one way, and it doesn’t totally deliver on what they set you up for.

JG: Once I heard “Mind Your Manners”, I thought this was going to be a 28-minute, 10-track album, an all-out assault. But they kind of tempered that when they released “Sirens”. They were letting us know that we were going to get some of that mellower material.

JG:  Overall, I enjoyed the record. Does it stack up against the classic Pearl Jam records? No, not at all. But I still recommend it. For the most part it’s a good record. The first two thirds are much stronger than that last third. When it starts to mellow out, it loses me. I give it three stars.

RB: It’s a far cry from their really great stuff, but I also temper that criticism with expectations. They’ve earned the right to not have everything defined against what they did 20 years ago. If you’re gonna continue making music, at some point you gotta look at what it is and sever the ties a little from history. If I try not to weigh it against the classics, on its own merit, it’s a solid three stars.

MM:  I don’t review music against a back catalog. I look at it purely from my experience with the record. In this case, based on teasers, I was excited for this record, and it disappointed me big time. Even the first couple of tracks had me firmly in its corner, but then the album took a complete nosedive on the back half. A disappointed 2.5 stars from me with the hope that Lightning Bolt turns out to be a grower. 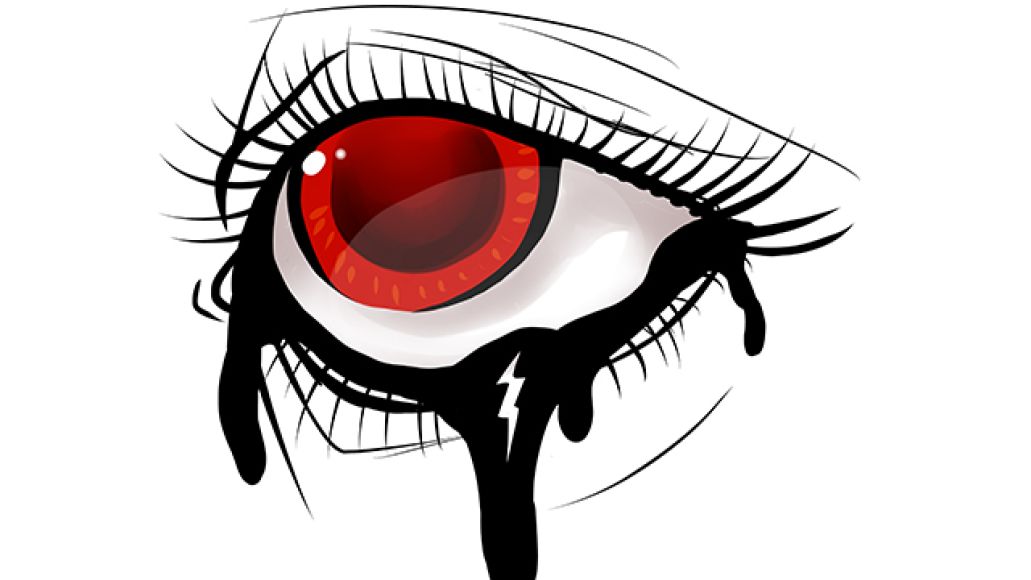