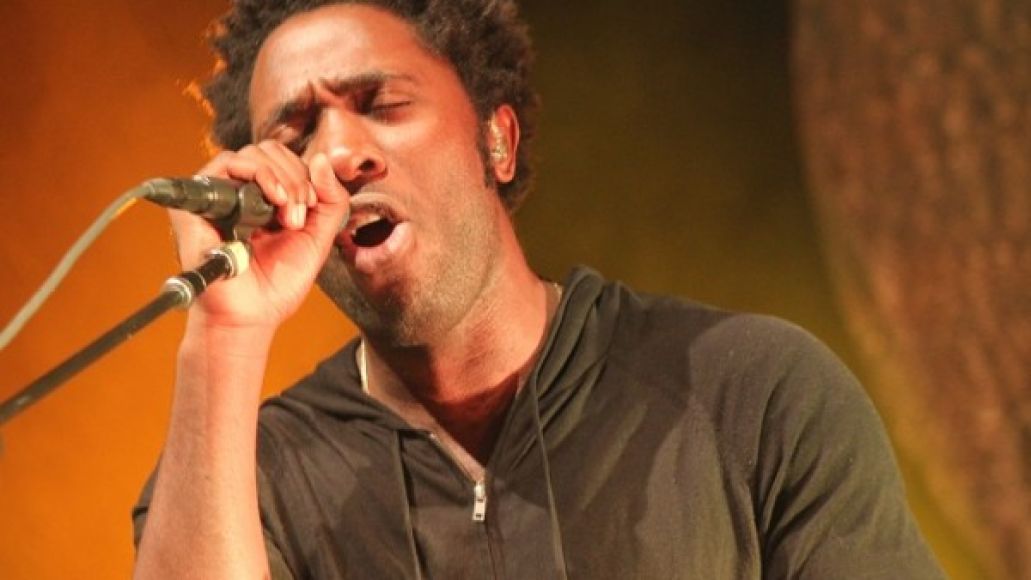 On October 15th, label !K7 will release the latest installment in their series “Tapes”, in which a select artist curates and mixes their own mixtape. This time around, Bloc Party’s frontman Kele Okereke has stepped in to put together a dance-heavy compilation that’s described as “a love letter to Bloc Party fans.” Touching on the London band’s influences from post-rock to house, the Tape also features a handful of remixes. Okereke himself contributed one such reworking, serving up a fresh take on “Obscene” from the band’s recent EP, The Nextwave Sessions.

Okereke gauzes up his own voice and presses it deep into a cavity of vibrating snaps and 8-bit electronics. Reminiscent of dark spaces lit by sporadic strobes, the sound might feel familiar if you’ve ever found yourself letting your neck get loose in a small basement dance club tucked in some hidden alley of a major European city. As Okereke himself puts it, “I turned what is a rather sombre ballad into a jacked-up early ‘90s  house track.” Prepare for a smokey-er, strobe-y-er Bloc Party than you’ve heard before, and listen below.

Pre-order Tapes: Bloc Party and receive a bonus limited-edition cassette. Also, ICYMI, be sure to check out the remix of The Nextwave Sessions’ lead single, “Ratchet”, delivered back in the summer by Scottish producer Rustie.